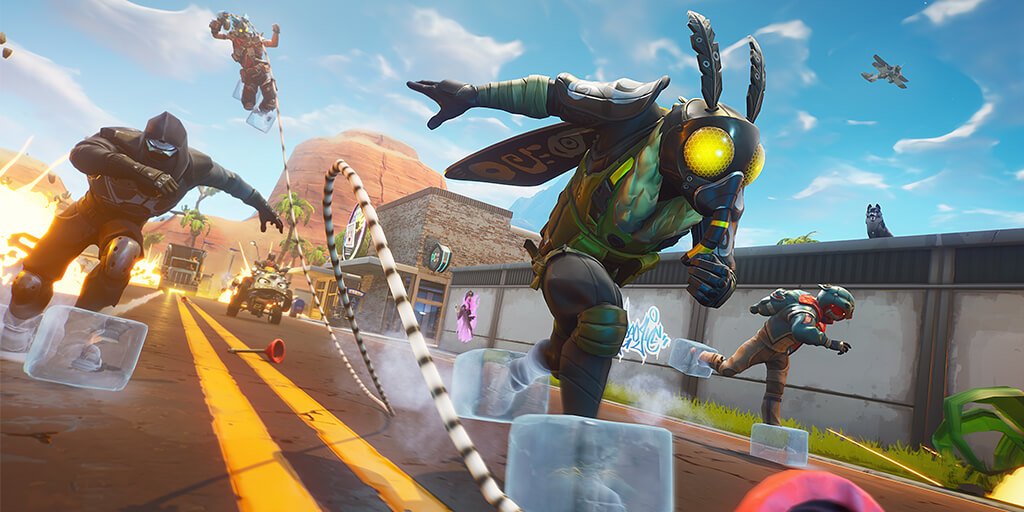 The fourth day of the 14 days of Fortnite event is now live. The fourth challenge and reward have been revealed, as well as a new LTM.

Since the 14 days of Fortnite event started, we’ve had four new LTM’s, Unvaulted, Teams of 33, Siphon and Barebones. Yesterday’s game mode list featured Barebones and Team Terror. Team Terror has been available in the past, but as a 32v32 instead of 50v50. Barebones was the latests LTM added to the game, and the game mode itself disables most of the HUD to promote a more intense style of gameplay.

Now that the fourth day of 14 days of Fortnite is live, there’s a new rotation of LTM’s. Epic Games have added a brand new LTM, Slide. The description of the LTM is, “Watch your step! Ice blocks on everyone’s feet and infinite Grappler ammo.“.

As well as a new LTM, day 4 of the 14 days of Fortnite event brings a new challenge and reward which you can view here.

The item shop during this event as featured Christmas themed skins and cosmetics throughout, and yesterday’s item shop saw the return of the Ginger Gunner and Merry Marauder skins along with a brand new pickaxe and glider to complete the set.