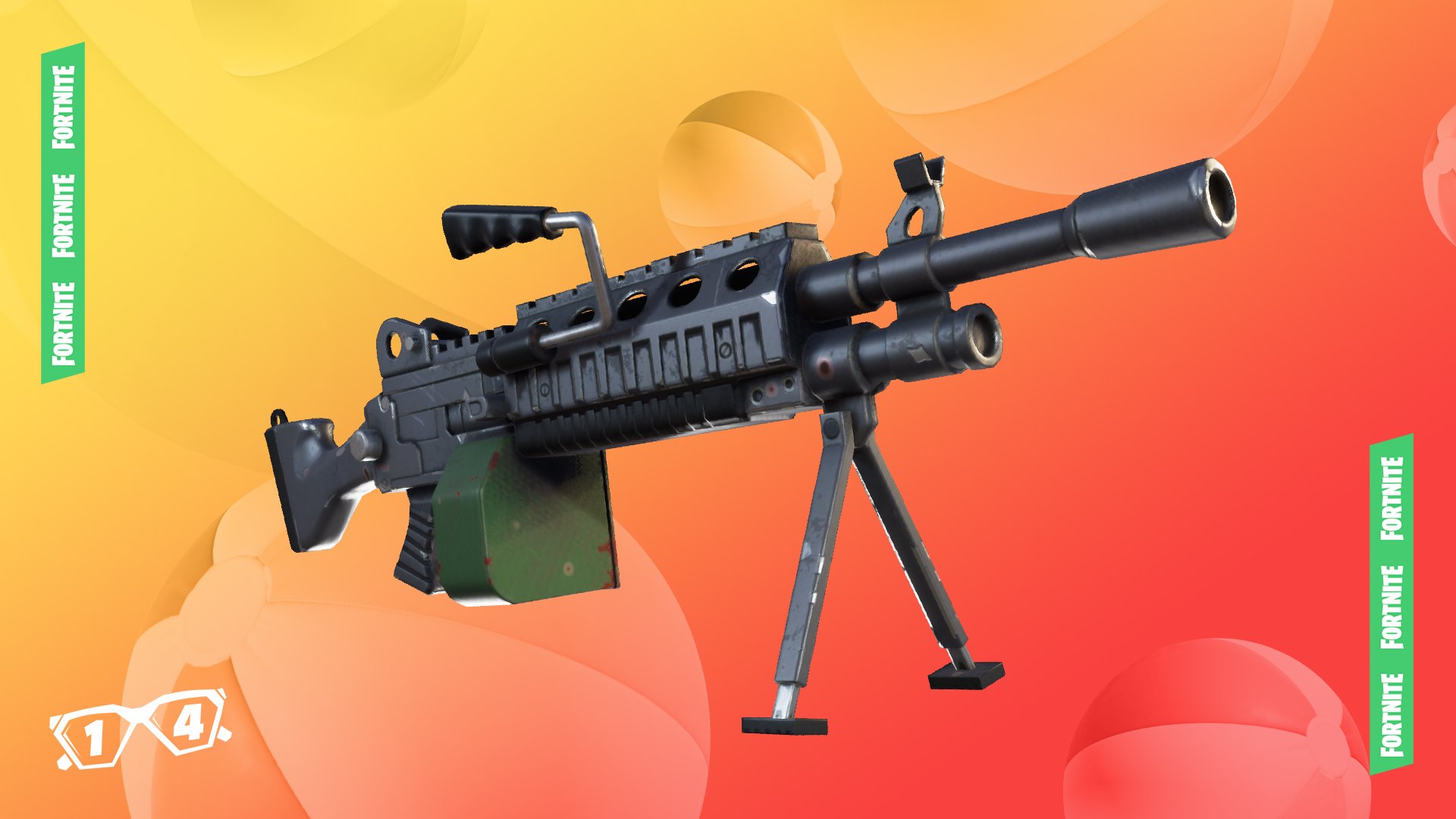 The Light Machine Gun is the first weapon to be unvaulted for 24 hours for the 14
Days of Summer Fortnite Event.

This weapon will only be available for 24 hours at which point a new weapon/item will replace it for 24 hours.