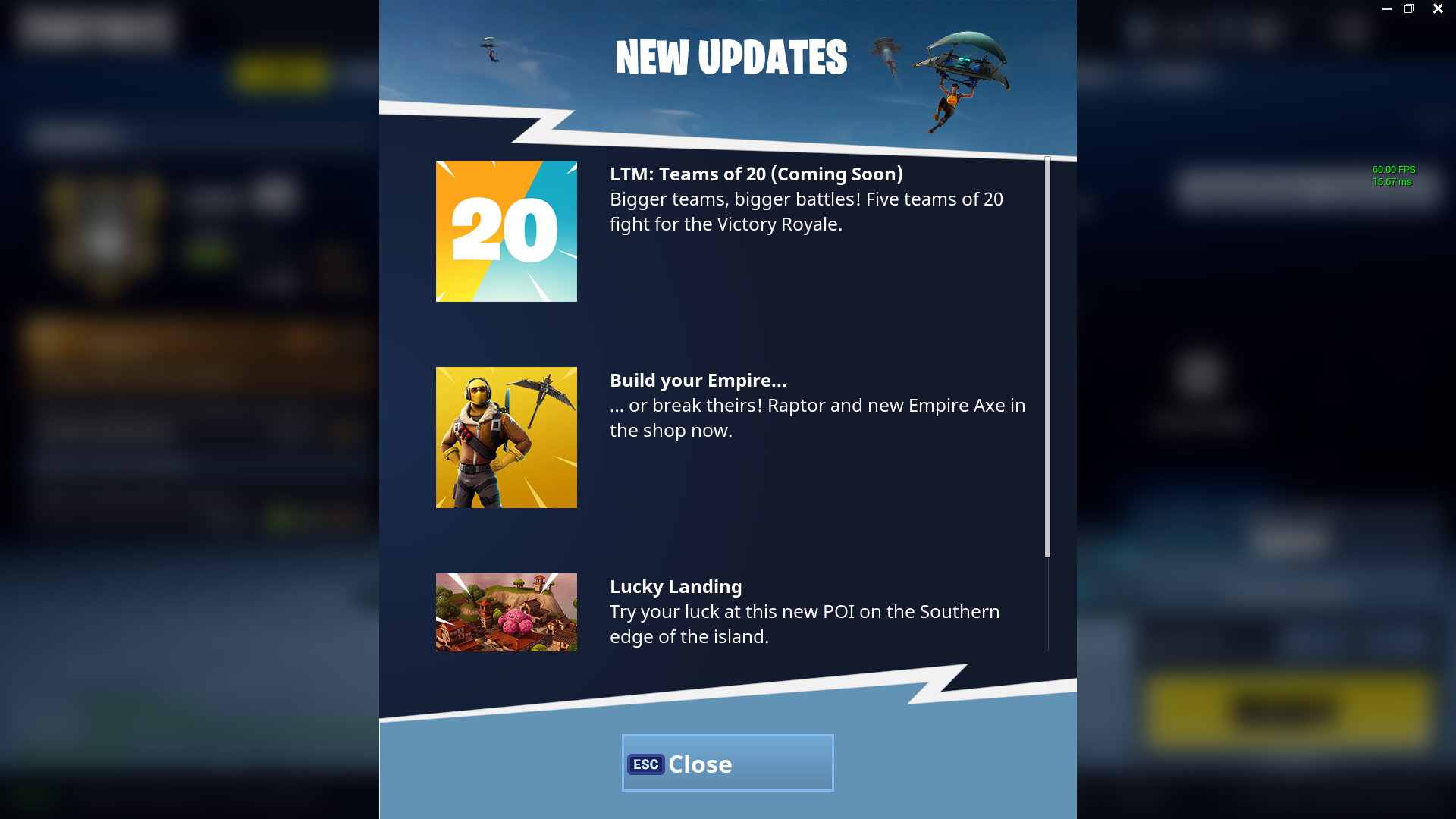 Epic had hinted that there would be team sizes that would be in between 50v50 and squads in the Fortnite Battle Royale State of Development V4. The first team size that is launching as a new LTM tomorrow is 5 teams of 20.

There will still only be squads of 4 in the teams of 20. Many players in the community would like to have larger squads to which Epic employee EpicDustyDevo responded:

This is something Epic are working on and should hopefully be coming soon!

There will only be one bus, as usual, but there was a hint of there being multiple buses in the next 50v50 game mode.

At the moment, LTM will not count towards wins for squads, however there will be a LTM stats profile page coming in the future, so look out for that!