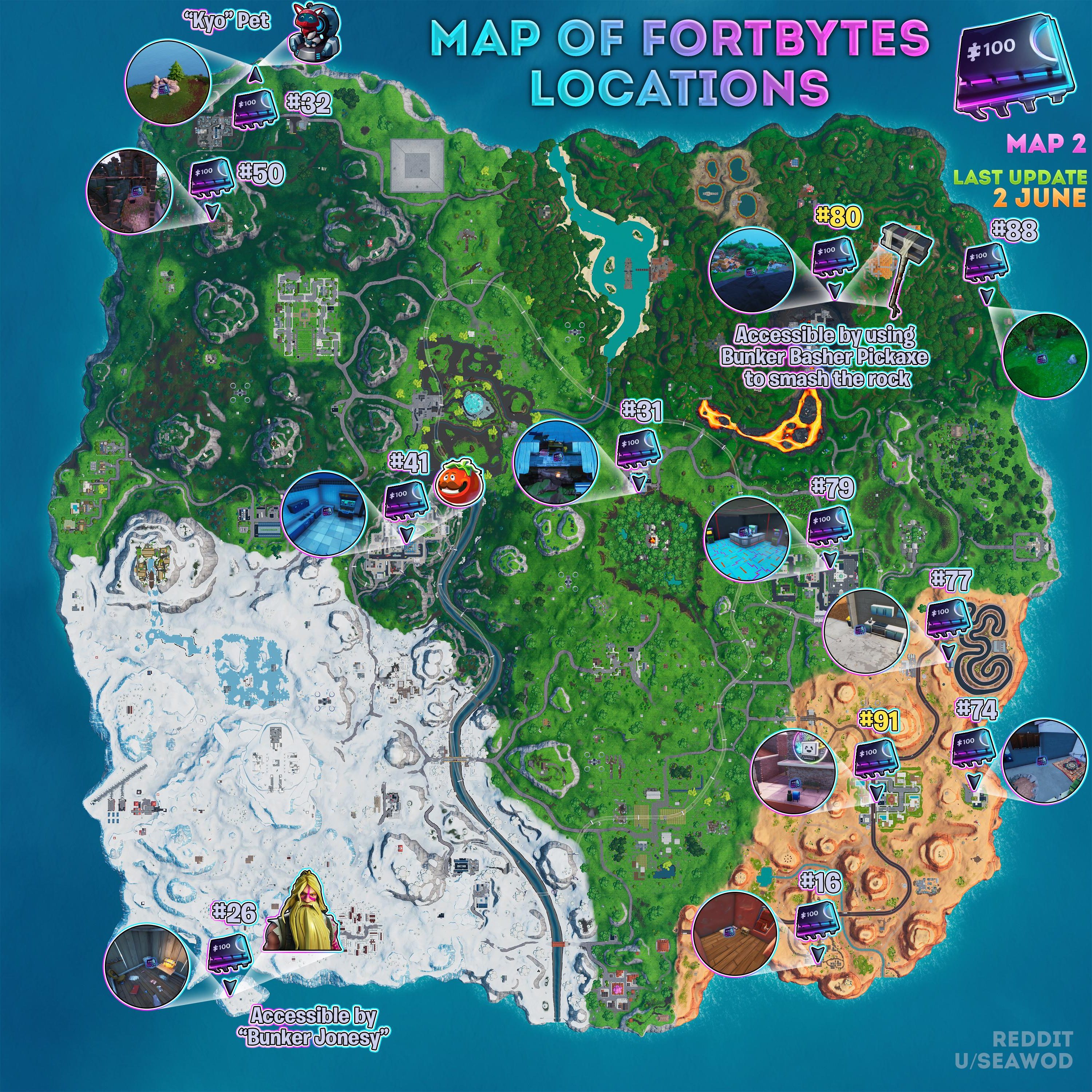 You can click on any of the Fortbyte challenges below for a more detailed guide on how to complete them.

There are some Fortbytes which are unlocked once you have gained a certain amount of XP and completing six of each weeks challenges.

How many Fortbytes have you unlocked so far?