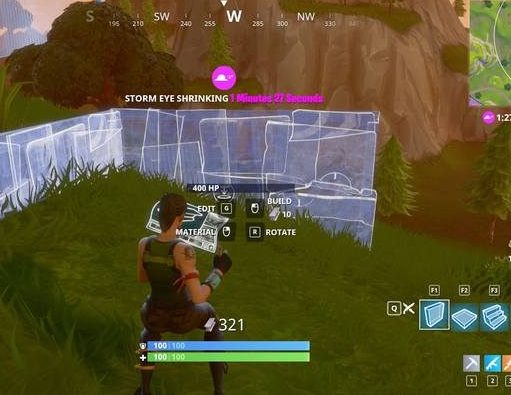 There have been many issues with the release of Season 3 including building, weapon glitches and more. Epic devs have been working on fixes for some of the main issues and we’ve outlined the status of these below:

Weapons do not equip / do not function during early game: This was where players were not able to equip weapons early game and they were not showing up in the player’s hands. It was thought that this bug was fixed in V.3.1.0 but there have still many reports of this bug still interfering with game-play. There will now be a speculative fix for V.3.2.0 which should prevent this issue from occurring. Epic have stated that they they will continue to monitor this issue to see if it continues to persist and will update the community if needed.

Inventory / Weapons slots become unusable: This is when players were trying to pick up additional items when the inventory was full and this resulted in a blank / unusable inventory slot. There has been a speculative fix which should be updated in V.3.2.0.

Traps option does not reset: This is an issue where players would have trap selected, exit building mode, re-enter building mode with the trap option automatically selected. This has now been resolved and players will find that building mode will be reset to walls after re-entering building mode and this fix is coming in V.3.2.0.

Characters move without controller input: There has been a speculative fix for this in V.3.2.0 and so this problem should not be occurring after tomorrow’s update.

Unintended rotation of stairs: This is where players are building stairs on a floor tile and there is an incorrect placement and rotation of stairs. This bug has been reported by many frustrated players and it seems as though a fix has been found and will be updates in future releases.

Unable to build: Some players have been experiencing building issues in regards to not being able to build, even though they have the required material. Epic devs believe that they understand the issue and have a speculative fix which should help track down the issue if it persists. This fix is still in development and will not be released in V.3.2.0.

Chests / doors do not open during early game: The root cause has been identified, however there is no short term fix that can be implement without severely impacting the early game server performance. There will be a fix to this issue in early April, which is when Epic;s performance optimizations will be in place.

Let us know what other issues you are experiencing in the comments section below.