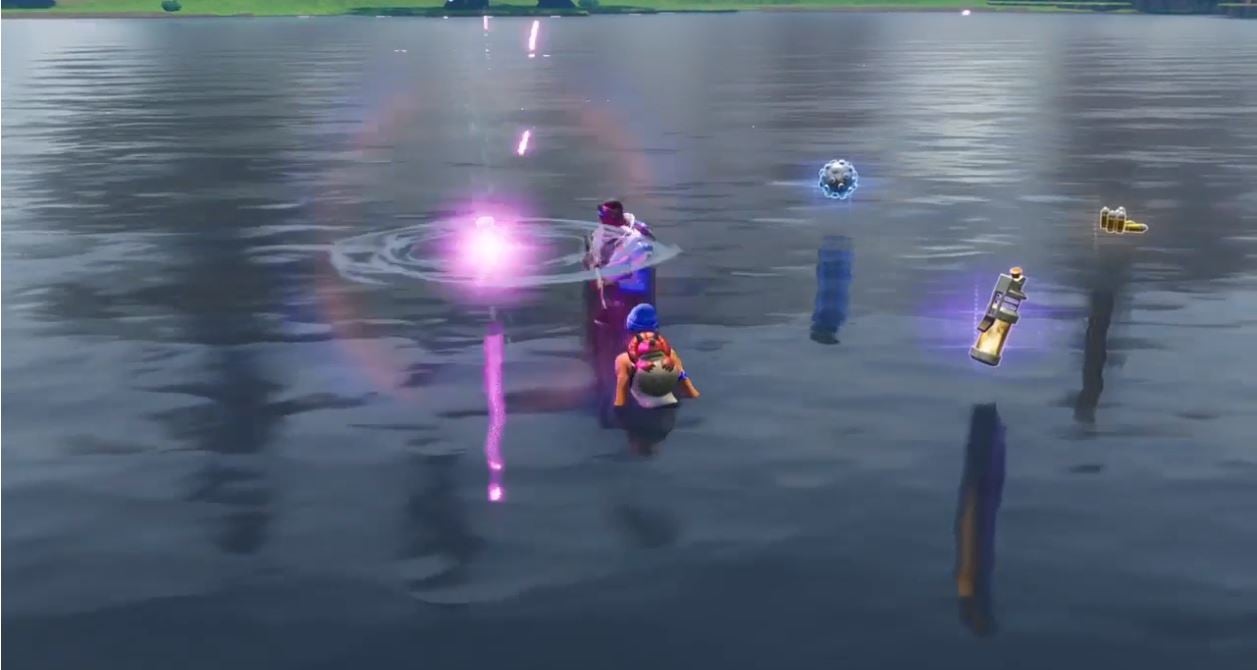 The Cube is the main focus of Fortnite right now, which was created by the rift in the sky a few weeks ago. It has been imprinting runes around the map and we know that it will imprint seven runes before making its way to Loot Lake. We cannot be sure what will happen at the Lake, but it looks like there is a cube-like visual of the purple blast when players are looting in the lake. There are many players that have reported this occurrence and you can see a clip of the blast, posted on Reddit by user Cyrax_Attacks:

It has been confirmed that the Cube will end up at Loot Lake and there will be some sort of corruption, but it is still unclear what will actually take place. There is speculation that a Volcano could appear in Fortnite, and some players think that Loot Lake could potentially be renamed Lava Lake and could become a Lava pit, but only time will tell.