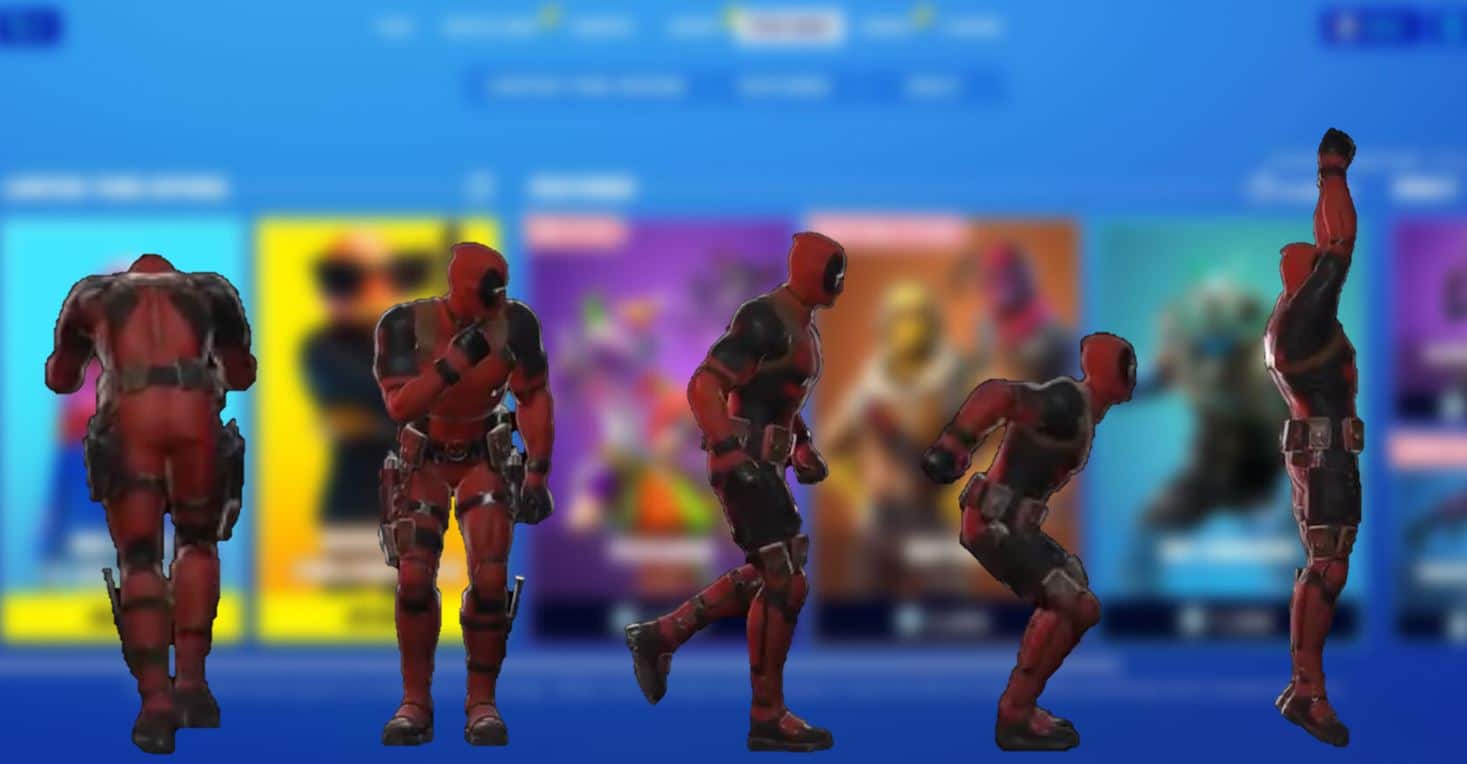 A recent leak suggests that Deadpool will be presenting the Fortnite Item Shop reset in the coming days.

Epic Games released a new Fortnite update yesterday, v12.30. It was a major update that added two new items, the Kingsman Umbrella and the crash pad. As is the norm with every update, there were a number of new files leaked including Fortnite Leaked Skins.

There were also a number of leaks for the upcoming Deadpool Fortnite release. A calendar appeared in Deadpool’s Fortnite hideout during week 5 which marked when the Deadpool Fortnite skin would be available for players to unlock.

A leak in the previous major update, v12.20, suggested that were would be a skin style for Deadpool which can be unlocked by completing a challenge. The skin style was leaked amongst a host of other files for the release of the Deadpool skin.

On Friday, players will be able to unlock the Deadpool Fortnite skin by completing all of the available challenges. Once the week 7 challenges unlock, there’ll be a total of 14 challenges that’ll need to be completed in order to unlock the skin.

Yesterday’s update added in the skin style you get upon completing the week 8 challenges which you can check out below:

Other leaks from yesterday’s update include a Deadpool themed Battle Bus and Supply drops and Deadpool’s dual pistols. You can read more about that over here.

Another major leak regarding the Fortnite Deadpool collaboration flew under the radar yesterday, however, last night data-miners posted information about a change to the Fortnite Item Shop.

Instead of the usual Fortnite Item Shop resets, Deadpool is going to change the item shop himself. The day that this will happen is unknown as this moment of time, but with Deadpool releasing on Friday, it’s possible it could be for the Friday or Saturday item shop reset.

Thanks to leaker XTigerHyperX, we have some animation and sounds for Deadpool presenting the Fortnite Item Shop. Take a look at the embedded tweet video below:

Deadpool Presenting itemshops + Sounds
i tried to sync it as much as possible so here you go pic.twitter.com/rNKMk83s6m

It’ll be interesting to see what exactly it is in the Item Shop on that day as it’s highly unlikely it’ll be Fortnite skins that have been released in the past.