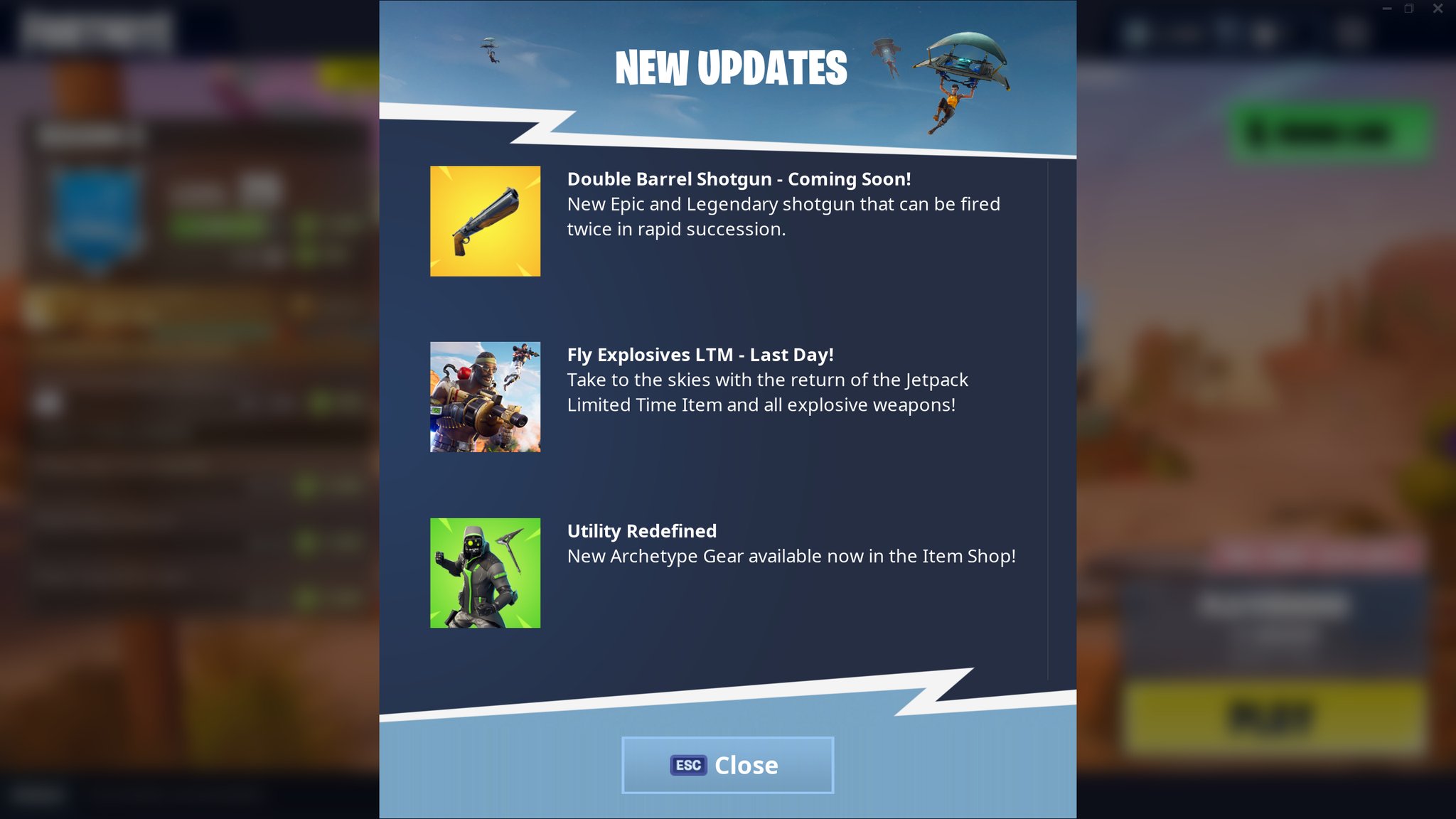 Epic tend to add new items/weapon to Fortnite on a weekly basis. It looks like they have updated the in-game feed to show the Double Barrel Shotgun coming soon to Fortnite. This weapon will most likely be added to the v5.2 update tomorrow:

New Epic and Legendary shotgun that can be fired twice in rapid succession.

At the moment, we have three shotguns in Fortnite, which are the Tactical, Pump and Heavy Shotguns. The Heavy Shotgun comes in both the Epic and Legendary rarities as well, so it will be interesting to see if the Double Barrel Shotgun will replace the Heavy Shotgun in players inventories, as you can fire twice in quick succession.

We have seen Epic focusing on the SMGs lately, with there being the Compact SMG and the normal SMG being released recently. The SMGs have currently been the most popular choice for players to pick up, as the damage close range is very high, but the Double Barrel Shotgun could change this.