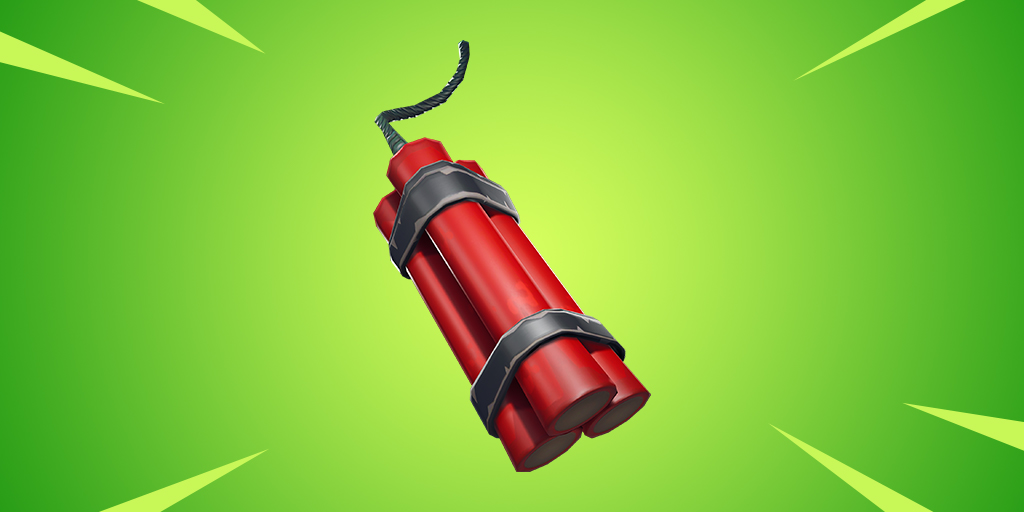 Fortnite’s in-game news feed has updated to announce a new item that’ll be coming soon to Fortnite Battle Royale, Dynamite. The description of the new item reads, “Light the fuse and wait for the boom!“.

The upcoming item had already been datamined by leakers last week when the v6.30 update dropped. There was no informaiton on how the item would function in the files. It’s likely that this item will be a exclusive to the new “Wild West” LTM that was also leaked.

The Wild West LTM, according to the leaks, will have no automatic weapons, rocket launchers or traps allowed. Slurp juice can only be found in supply drops and shield potions won’t be available in the LTM. Dynamite will be the only explosive allowed which means there will be no grenades or clingers available. This means the the only items available in this LTM are the Hunting Rifle, Shotguns, Dynamite and revolvers.

Quiz: Take the quiz to see how much you know about Fortnite Cosmetics

It’ll be interesting to see how the dynamite item will work. The dynamite will either just be thrown and the fuse will be lit automatically, or the player needs to throw or place the dynamite and interact with it to lite the fuse.

Epic Games are consistently adding new items into the game to keep it fresh. Last week, Epic introduced the Mounted Turret, a legendary trap item that allows players to hop in and start firing the Turret. Since the item was added, there have been a number of issues which have been addressed by Epic.

Hopefully this new item won’t have as many issues when it makes it’s way into the game which will likely be on Wednesday 21st November as most of the updates in Season 6 have been released on a Wednesday.