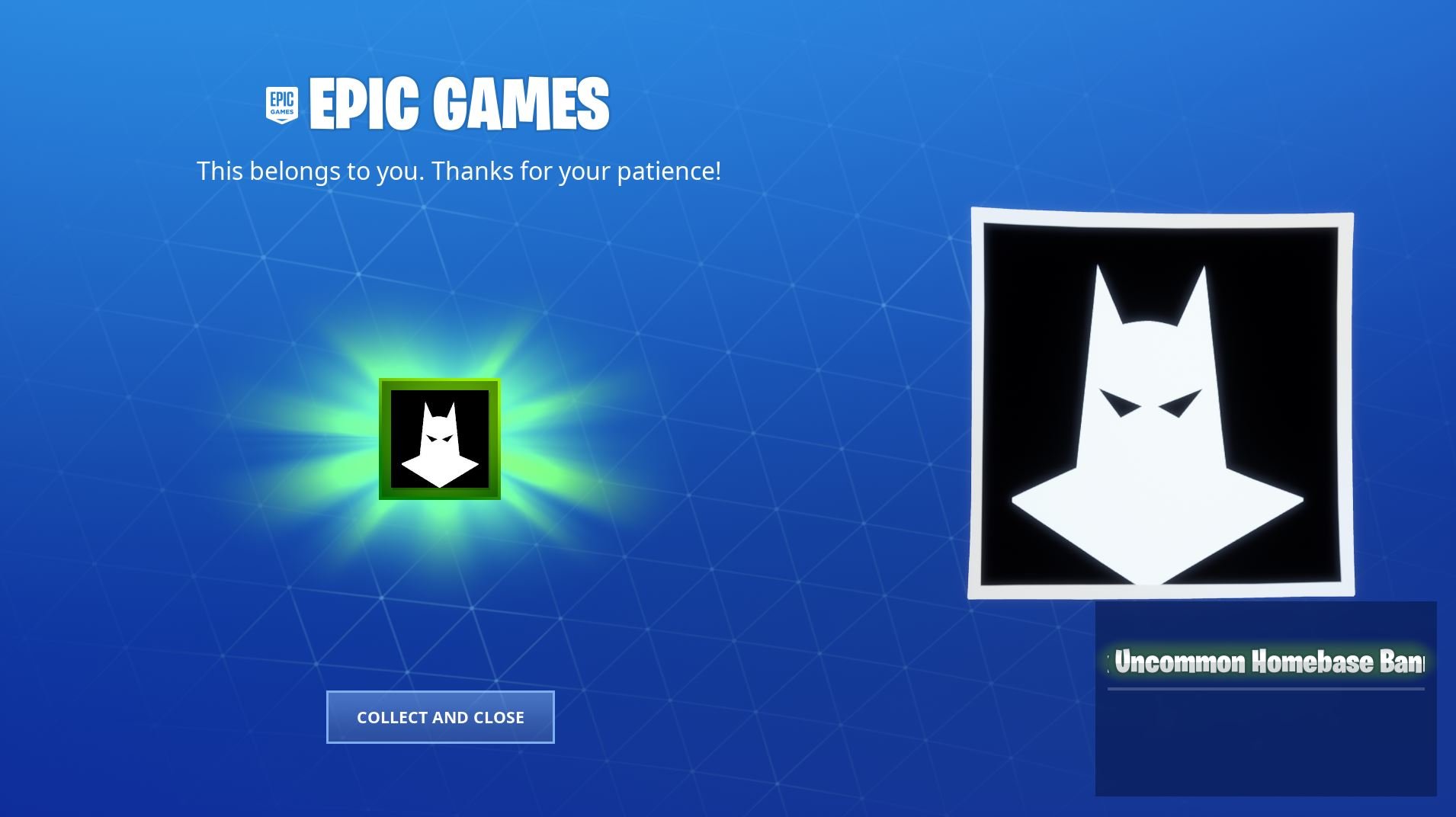 The free cosmetic rewards that have been made available for players to redeem are the Game Jam spray, World Cup Spray and the Red Line Wrap, all of which won’t be available to claim in the future.

Epic Games officially announced the Fortnite X Batman collaboration on a YouTube livestream which showcased the trailer for the collaboration.

Epic acknowledged players weren’t receiving the free Batman Uncommon Homebase banner and stated they everyone would receive the banner, even if they didn’t watch the livestream reveal.

The banner is now being rewarded to all players after the v10.40 Fortnite update went live recently. Here’s the message you’ll receive upon logging in:

Upon closing the message, you’ll find the Homebase banner in your locker.