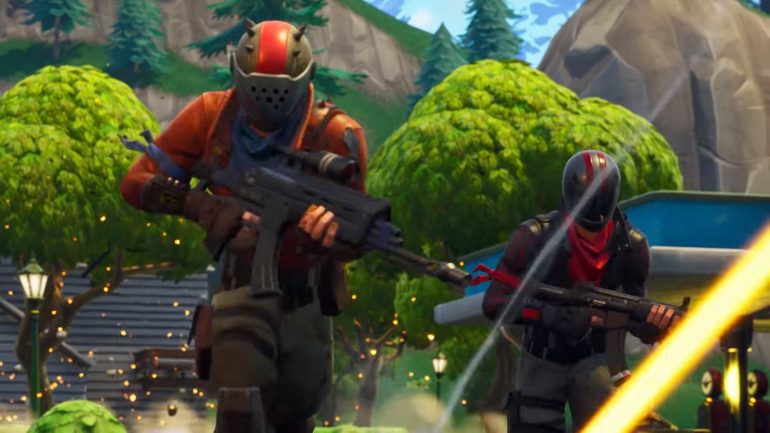 The v5.3 update will now be taking place on Thursday and challenges have been pushed to Friday of this week. Usually, the in-game news feed is updated with the new item that will be coming in the next update, but as the update has been pushed back, there has not been any changes to the in-game news feed. However, Epic employee MrPopo has given a clue as to what the next item will be on Reddit:

Are you a player on the go? Carry an escape plan in your back pocket with a new item making it’s way to Battle Royale!

Epic are known to give hints for new items coming to Fortnite Battle Royale before it is released and we could be seeing a change to the in-game news feed either tomorrow or on Wednesday of this item that should be coming with the v5.3 update.

We could be seeing the Grappling Hook item added to Fortnite, found by a well known leaker on Twitter, @FNBRLeaks, but there is very little information on this item and no model has been added in the files.

The Grappling Hook does fit the clue given by MrPopo, as it could be a good way to escape a fight that doesn’t go quite as planned.

We will keep you updated when more information is released on this new item that will be added.