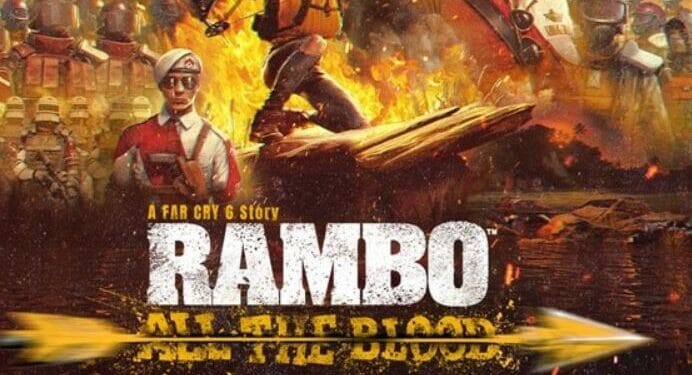 We have a brand new Far Cry 6 update today, 1.08. It’s been released on PC, Xbox One, Xbox Series X|S, PlayStation 4 and PlayStation 5. As usual, the file size of the update will vary based on the platform you play on. We’ll have the file size for each platform below.

We have new content with the All the Blood Rambo free mission, which will provide players with the free Vengeance Bow, useful against heavy units and helicopters. There’s also a Rambo bundle you can purchase.

Along with the new mission and Rambo bundle, today’s Far Cry 6 1.08 February 1st, 2022 update includes quality of life updates including an update to upgrading your Guerilla Camps, a HUD notification when you’re at maximum ammo and trying to obtain ammo from enemies, enemy health bars and more.

Here are the full patch notes for the 1.08 Far Cry 6 update today.

As mentioned above, the “all the blood” mission is available with ferences to the iconic Rambo along with the bundle being available to purchase. An update to upgrading your Guerilla camps whilst in co-op has been added along with a notification stating you have full ammunition when looting enemies.

It’s now easier to see the health of enemy vehicles as the enemy health markers are hidden when they’re inside a vehicle, making it easier to figure out the vehicle health.

Here are all of the bug fixes that have been addressed in the Fry Cry 1.08 update: