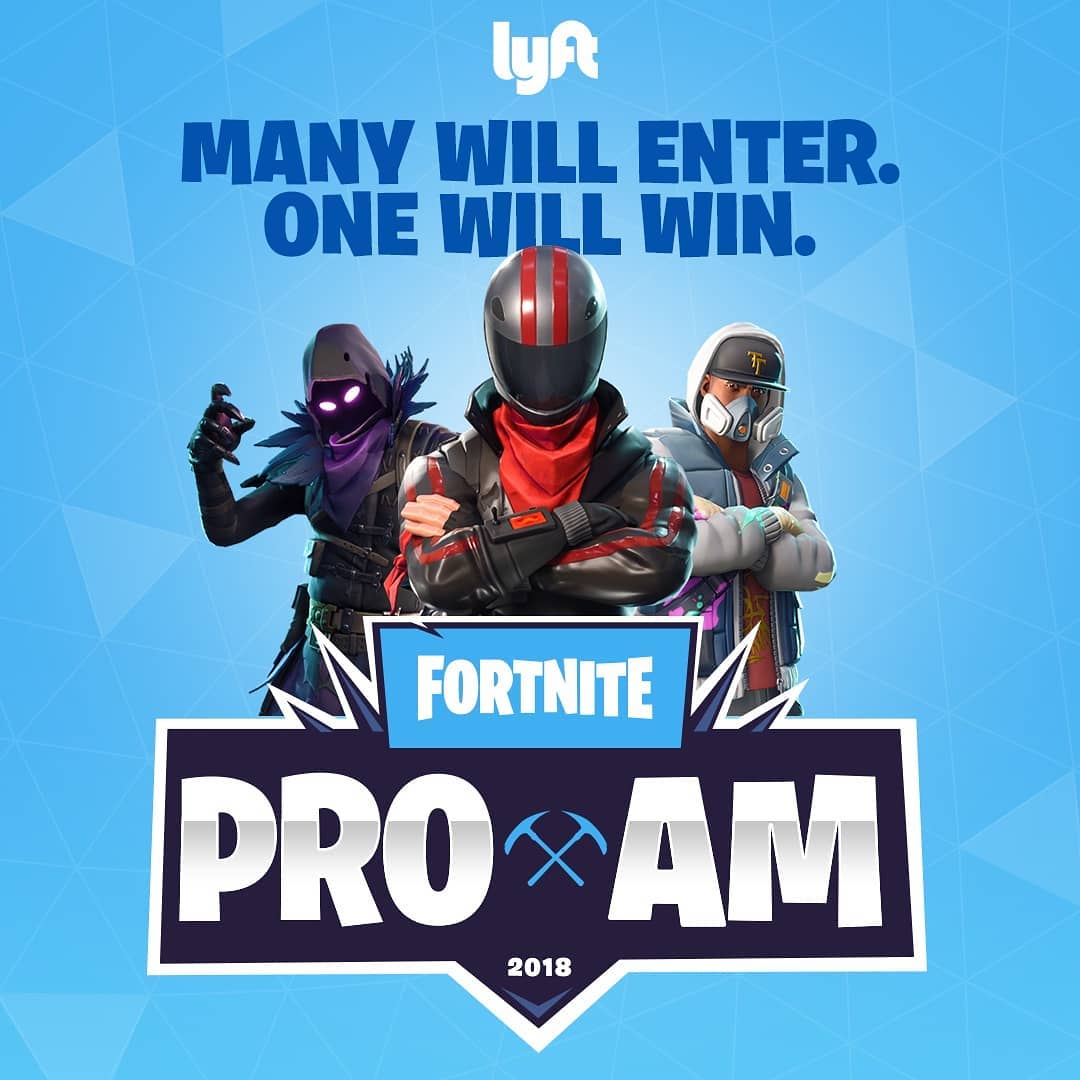 The Fortnite Celebrity Pro-Am Tournament was the first event Epic Games has held for Fortnite and was very intense. This event is all for charity, with a prize pool of $3 million. The breakdown of the prize pool can be seen below: 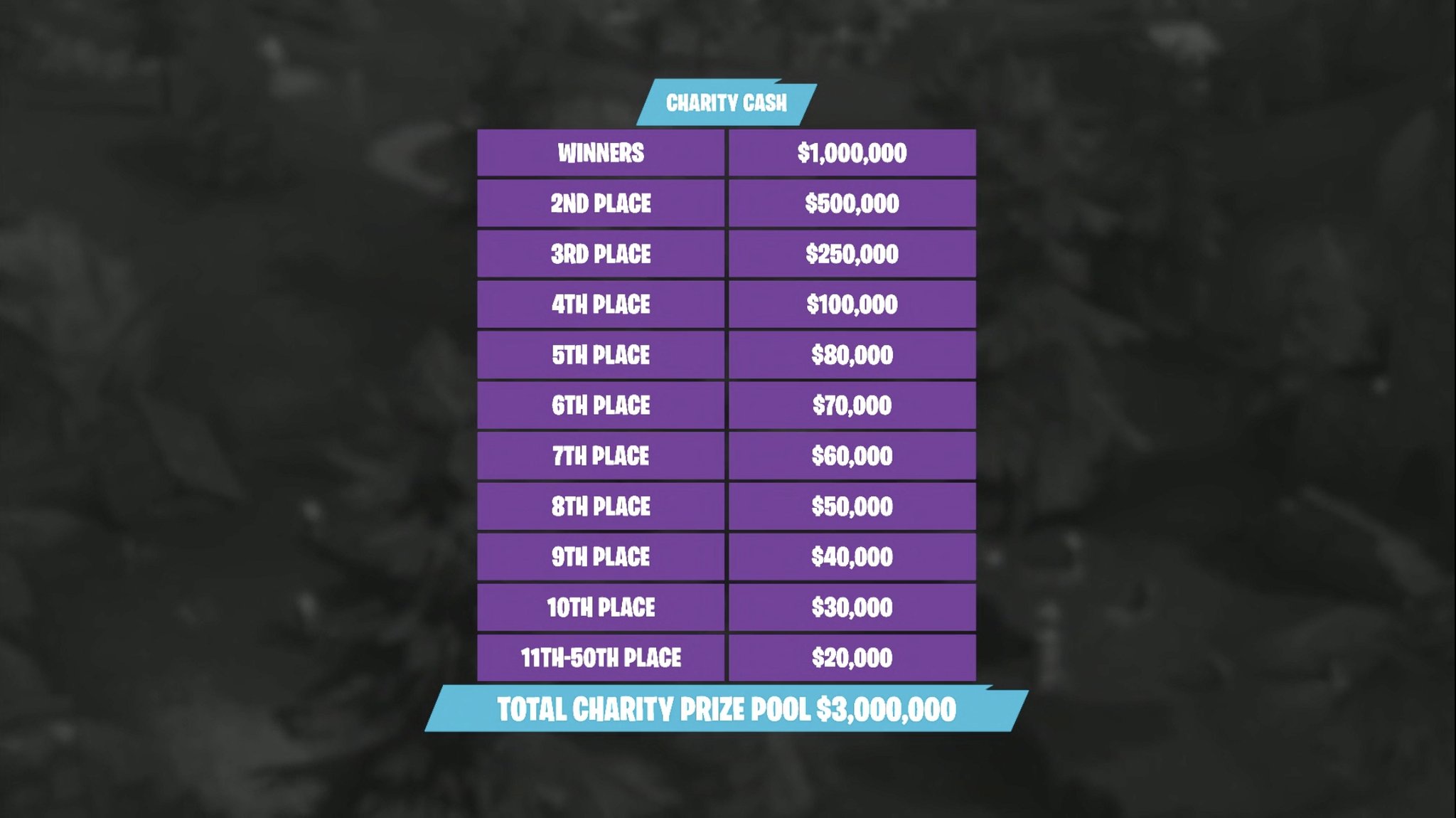 There were two warm-up rounds for the 100 participants before playing the Tournament match.

As this was the first official tournament by Epic, it was first time Epic shows the observer mode. Here is what the observation mode looks like: 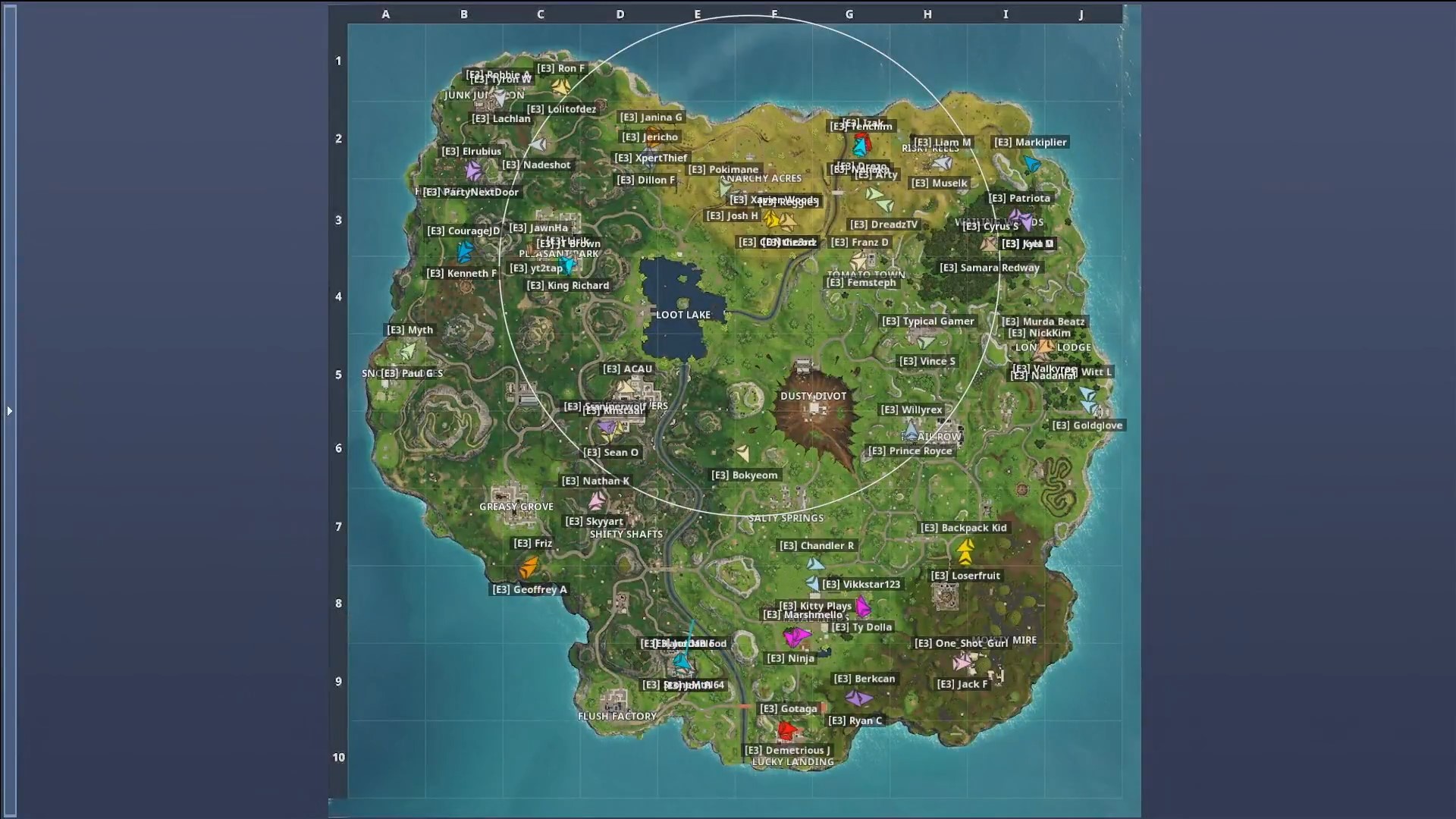 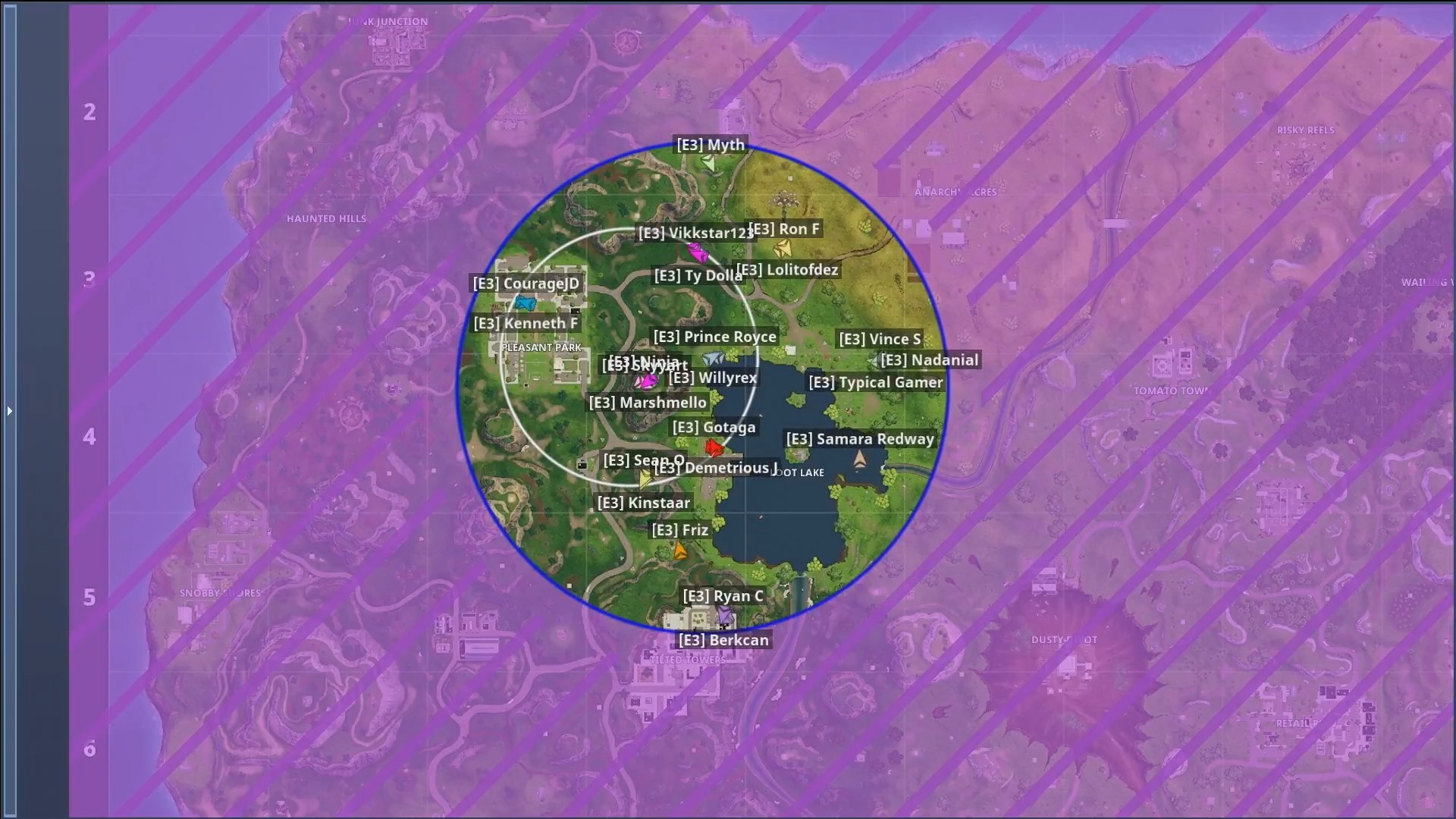 This was the first game played where all players were playing solo to warm-up. Nadeshot, Kinstaar and Noah battled it out at the end, but it was Noah that got the Victory Royale!

This was the first time celebrity and streamer duos played together for the day in a warm-up match. The final duos were Kinstaar & Sean O and Ninja & Marshmello. Marmello had been eliminated,  but Ninja managed to knock Sean O, leaving Kinstaar and Ninja to battle it out. It was a very intensive 1v1, but Kinstaar managed to get the win.

The Final Standings of the Tournament 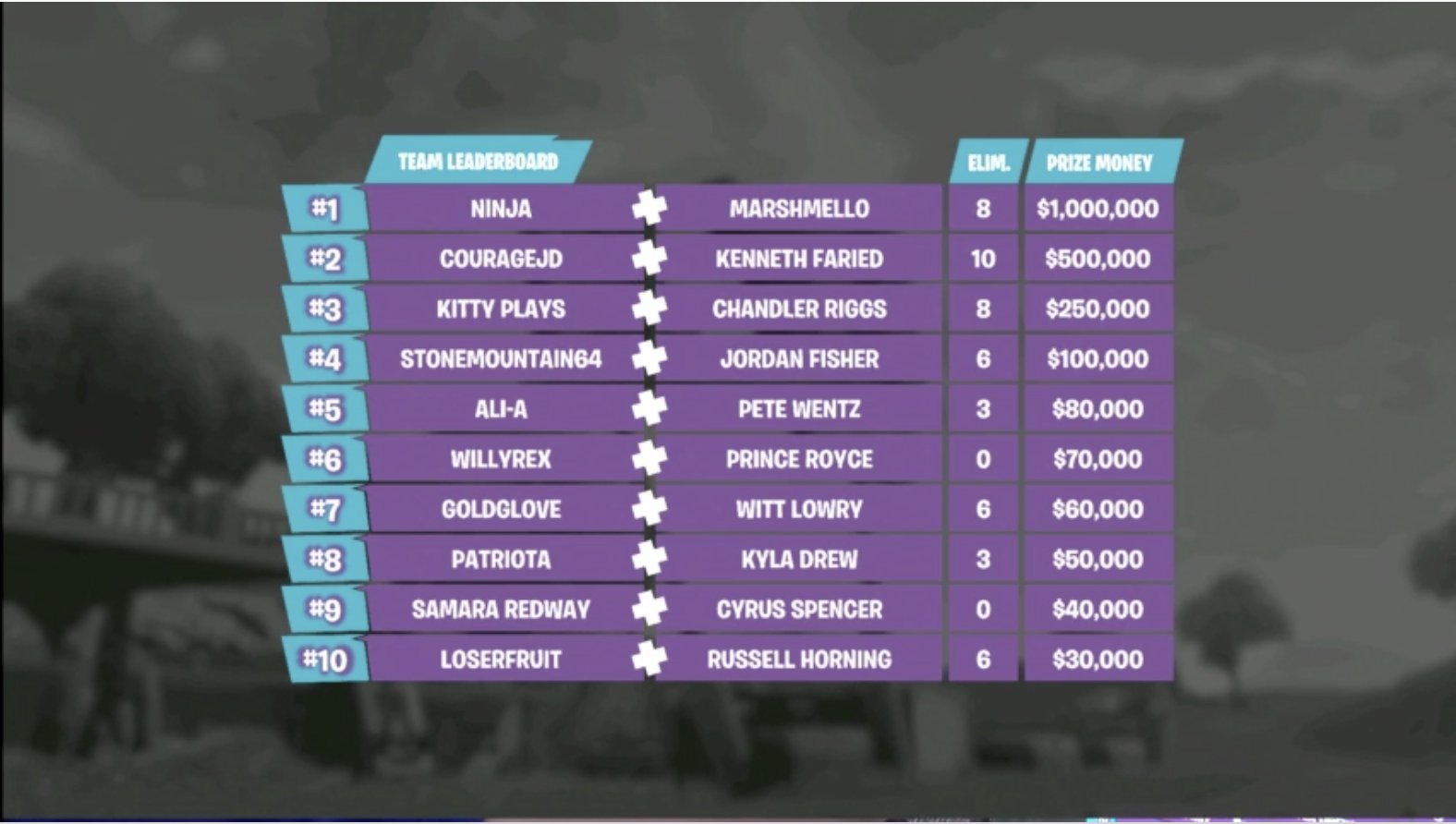 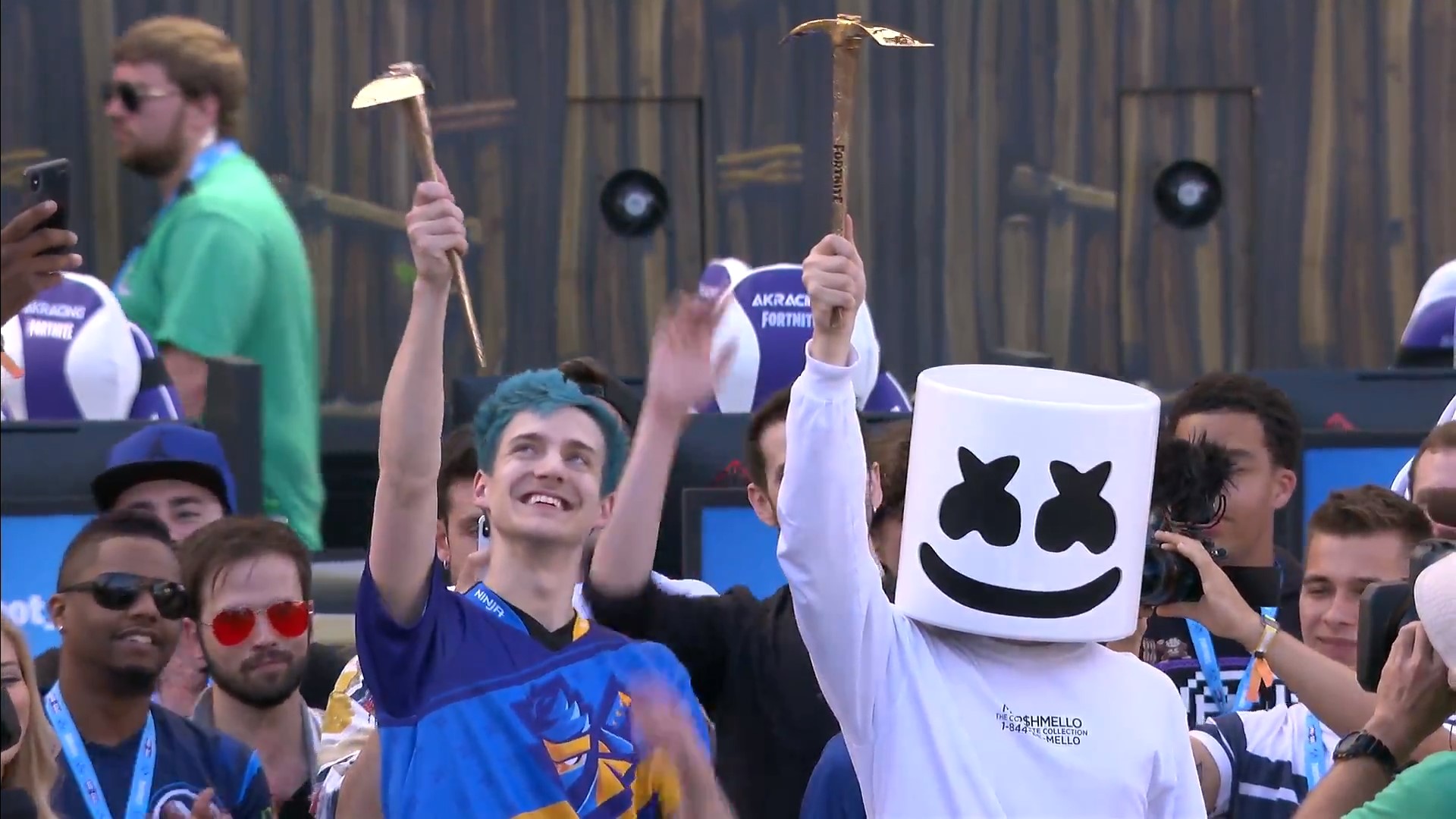