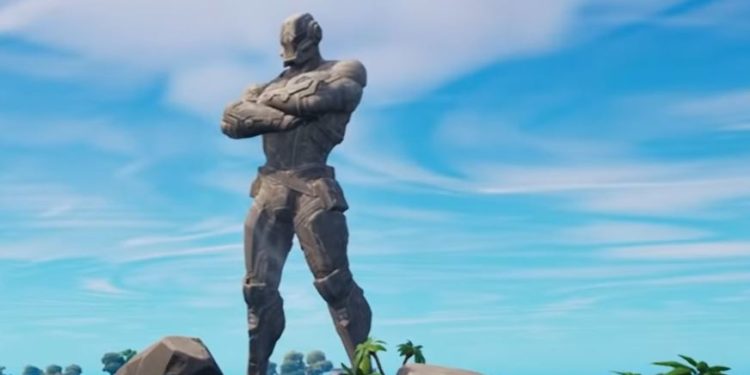 The Fortnite umbrella you get for a win in Fortnite chapter 3 season 1 has been leaked.

If data-miners are correct, the Fortnite servers should be back online at 10 AM ET. However, there’s been no word from Epic Games regarding the start of chapter 3, so we’ll need to wait and see if that time and date is correct.

Every cosmetic in the Battle Pass has been leaked along with all the new items and weapons in season 1. We also have the victory royale umbrella glider being leaked by numerous data-miners.

For each season, players can earn a free glider by winning a game of Fortnite. However, a win won’t count in game modes like imposters or team rumble. You’ll need to win a game in Solo, Duos, or Squads to unlock and get the Fortnite chapter 3 season 1 umbrella.

As expected, this seasons umbrella is based off the Foundation which is a skin in the Battle Pass with two additional skin styles. Here’s a look a the glider:

It’s fairly easy to get the umbrella when playing on the first day of a season, especially in a new chapter. There will be new and old players and no one will know the best locations to drop or which weapons are most viable. In the past, we’ve managed to get our victory royale umbrellas within the first three games of a season.

I’m personally not a huge fan of this umbrella as I prefer the smaller gliders. However, it’ll be used by a large number of players that rock the Foundation skin during the season.