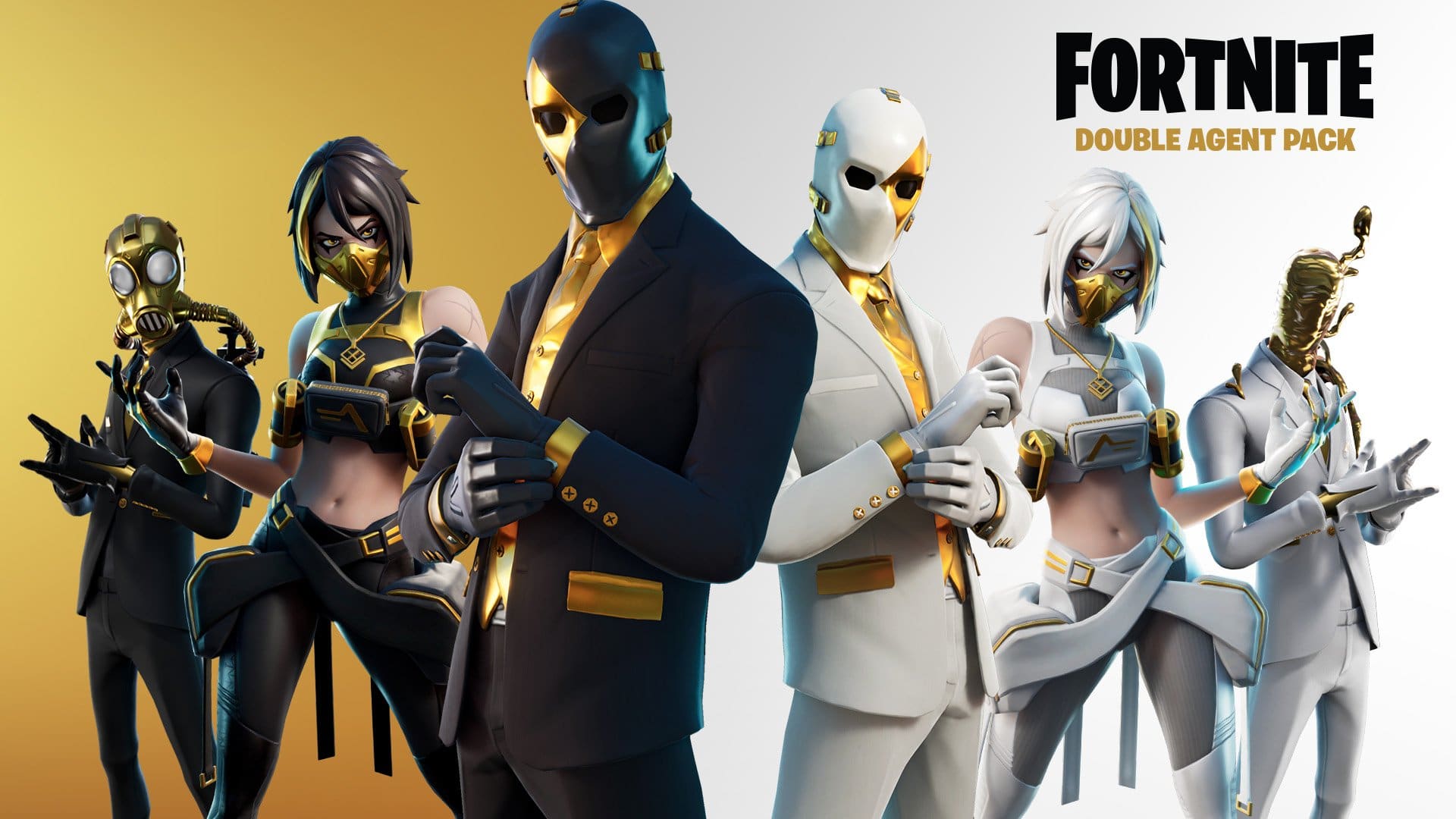 The previously leaked Double Agents pack/bundle is now available to purchase in the Fortnite Item Shop.

In every major Fortnite update, data-miners find and leak upcoming skins and other cosmetics. Sometimes, these cosmetics are part of a pack or bundle that Epic sell in the Fortnite Item Shop including starter packs.

However, Epic also sell other bundles such as Shadow Legends, Molten Legends and more. In the v13.20 Fortnite update, data-miners leaked that there would be a new pack/bundle that’ll be available in the item shop called Double Agent. Now, after almost two weeks since the leak, the Double Agent pack is now available to purchase worldwide.

There’s a total of six Fortnite skin styles for three skins that have already been released for sale in the shop. There’s also a back bling for each skin along with a total of three pickaxes.

Here’s a look at all of the Fortnite skins that are in the double agent pack along with their description:

Finally, here’s a look at the pickaxes available in the Double Agent bundle:

How much does it cost? (Price)

You can pick up the Double Agent pack for V-Bucks instead of having to purchase it by directly using money in the Fortnite Store. The pack can be bought for 2,500 V-Bucks which includes the skins and the pickaxes can be bought for 1,200 V-Bucks.

I can’t purchase the pack

Players are reportedly not being able to purchase the Double Agent pack. Players are sent to the Fortnite store to buy V-Bucks even if they have enough for the pack, or it’ll say you already own the pack when you don’t.

If you’re wondering how you can buy the Double Agent pack, simply gift it to yourself if you’re having issues purchasing it.

Let us know in the comments section below if you’ll be purchasing this pack. We’re not sure how long it’ll be available for purchase, but we’d expect it to be available for a few days at least.