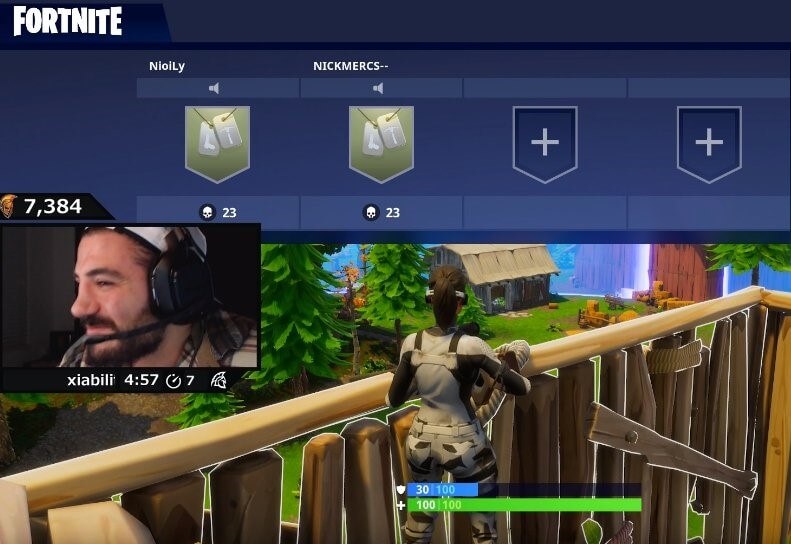 Fortnite Battle Royale now has over 40 million players across the different platforms and there are a handful of amazing players who keep pushing each other to reach new heights by trying to break new records. Having said this, the duo world record for the highest number of kills has now been smashed!

NickMercs, a Twitch streamer with over 475,000 followers and 7,000 subscribers has smashed the Fortnite duo most kills record with NioRooch (NioiLy) , which was previously held by Ninja and Kingrichard.

During the record breaking match, you can see NickMercs securing some amazing kills on his way to breaking the record. By the end of the match, NickMercs had secured a staggering 23 kills, along with his duo partner, NioiLy, also hitting the same amount of kills. With a combined total 46 kills, they beat the previous record of 36 by a landslide! When Ninja and Kingrichard managed to beat the record, they had just about secured it by one kill, however Nick has surpassed the number by 10 kills, which is almost half the players in the game!

There are a lot of Twitch streamers that play Fortnite on the PC, such as Ninja, however Nick secured this record on the PS4. Some people in the community say that this doesn’t count, as they claim that there are harder players to compete with on PC. It could be argued on the other hand that it is easier to control and maneuver on the mouse and keyboard than it is on a console. Keep in mind that the duo did beat the record by 10, which is a substantial amount!

Nick & Nio also hold the record for the highest amount of squad kills of 55, with Nick contributing 17 kills and Nio with 18.

We commend Nick on achieving the Fortnite duo record of most kills and we can’t wait to see what record he breaks next!