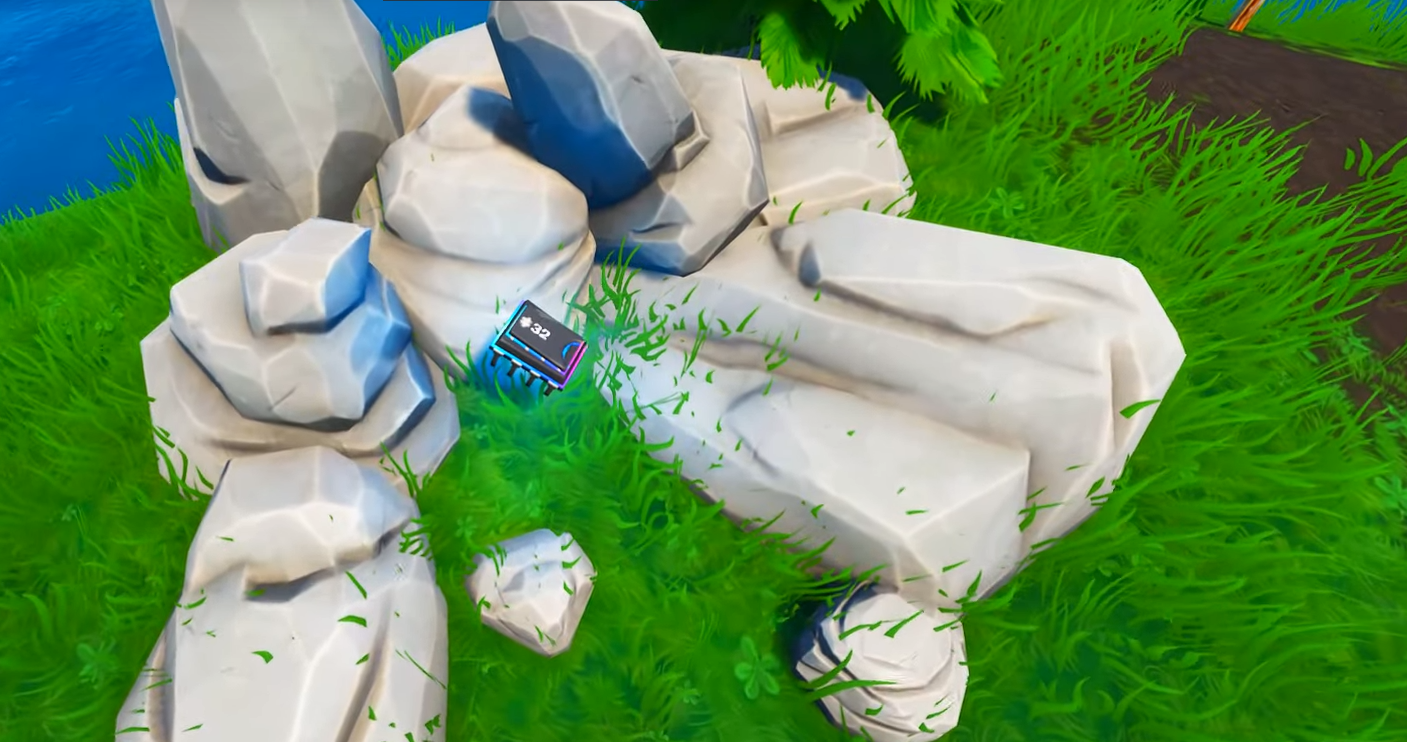 A new Fortbyte challenge has been unlocked, Fortbyte #32 – Accessible by wearing Kyo Pet Back Bling at the northern most point. Here’s the location of where to collect it.

Yesterday’s Fortbyte challenge required players to go to a track side taco shop in order to collect the Fortbyte, which was number 77. If you complete these Fortbyte challenges as they unlocked, and have unlocked the ones that have been made available, you’ll have decrypted a large majority of the Fortbyte hidden image.

It’s likely once the entire image has been decrypted, we’ll know the secrets of the Season, and it could possibly lead to an event at the end of the season.

A new challenge has unlocked today and you can see it below along with a guide on how and where to collect the Fortbyte.

In order to find Fortbyte #32, players will need to be wear the Kyo Pet Back Bling and visit the northern most point on the Fortnite Battle Royale map.

The Kyo pet back bling is available in the Fortnite Season 9 Battle Pass at Tier 28. Players must be wearing it in order to complete the challenge.

Once you have the Kyo Pet Back Bling on, Players must visit the northern most point of the map. We’ve marked the location of the most northern point on the map below:

In Season 8, one of the weekly challenges required players to visit the furthest north, east, south and west points of the map. The points have a sign next to them, and Fortbyte 32 will be next to the rock, near the sign post as seen below:

Here’s a video on the location of Fortbyte 32: