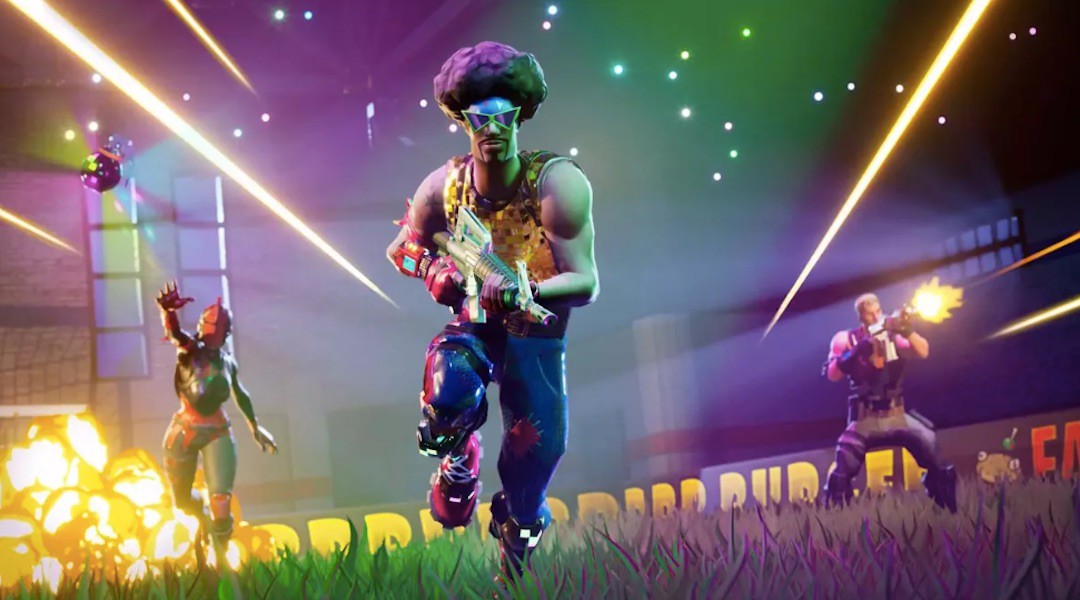 Here’s the location where you can find today’s new Fortbyte challenge, Fortbyte #53: Accessible by helping to raise the disco ball at an abandoned mountain top villain lair.

At the beginning on Fortnite season 9, Epic introduced a new feature to Fortnite Battle Royale, Fortbytes. Fortbytes are computer chips that are either collectable in-game or by earning a certain amount of XP during the season.

If our Fortbyte guides help you out and you’ll like to support us, use code FORTNITE-INSIDER in the bottom right corner of the item shop.

The location of today’s Fortbyte is provided by the challenge name. Fortbyte #53 can be found at an abandoned mountain top villain lair.

In order to collect the Fortbyte, players will need to raise the disco ball at the mountain top villain lair. The mountain top Villain lair can be found near snobby shores and is the location where the rocket was launched in one of the previous seasons in-game live event.

Thanks to Twitter user Guille-GAG, we have an image with the location of today’s Fortbyte, which you can see below:

We’ll update this guide when we collect the Fortbyte.

Update: The challenge only requires two players. Once you’ve raised the disco ball, you’ll have time to collect the Fortbyte. Here’s a video guide on Fortbyte 53: