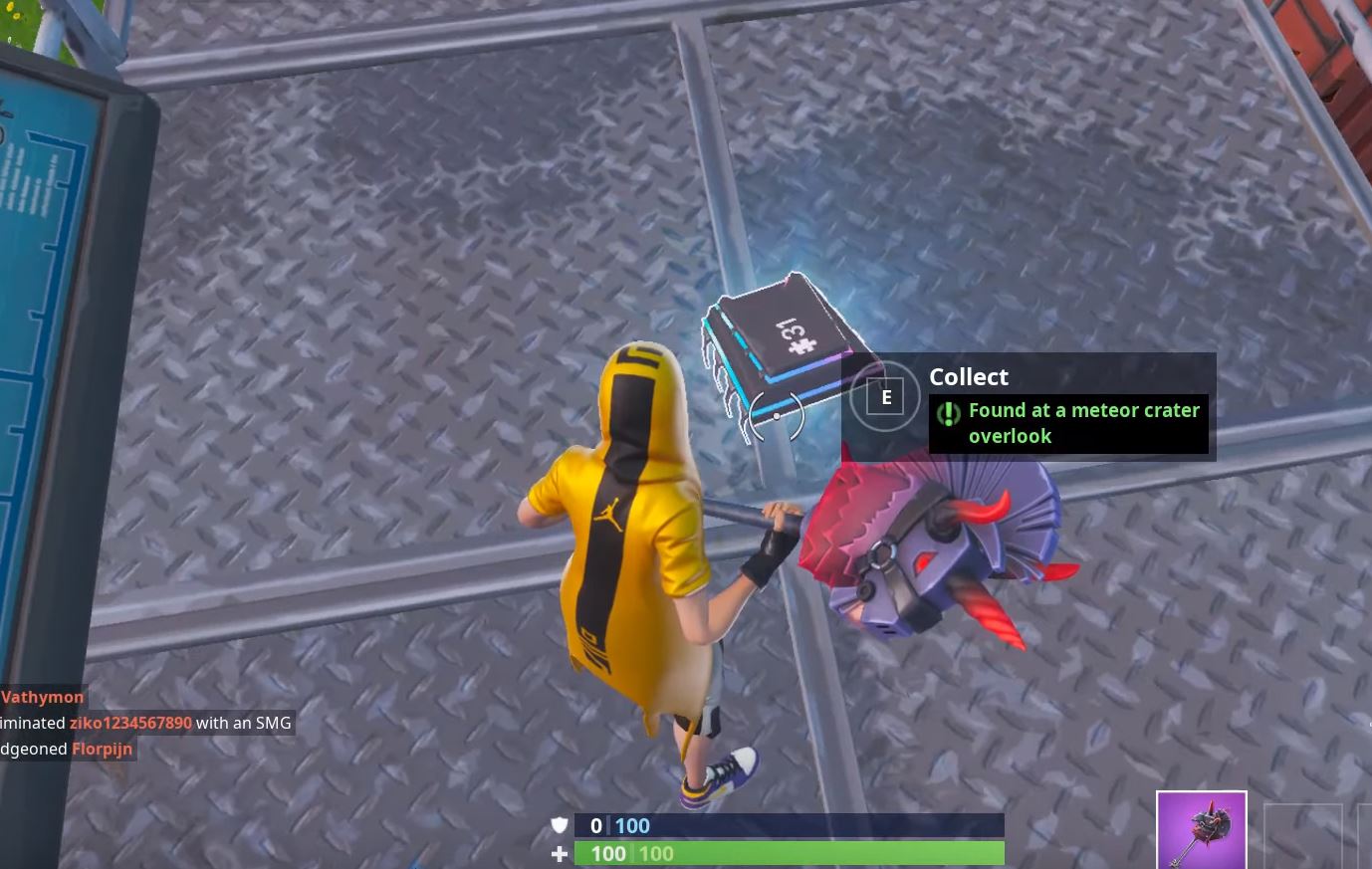 Fortnite Fortbyte #31 location – Found at a meteor crater overlook has been unlocked and here’s the location where you can collect Fortbyte 31.

Upon collecting a Fortbyte, players decrypt a small section of the mystery image. A majority of the Fortbyte secret image was leaked by dataminers, which features a large eye.

Epic Games made a small update to the Fortnite Battle Royale map, adding a giant eye in the Polar Peak iceberg, something which resembles the eye in the decrypted Fortbyte image. We’ll likely have some sort of event coming to the game in the very near future. You can read more about the Iceberg eye here.

The new Fortbye challenge that has been unlocked today can be seen below:

As with every Fortbyte challenge, Epic give a hint or provide the exact location of the Fortbyte in the challenge name.

In order to find Fortbyte #31, players will need to go to a meteor crater overlook in order to collect the new Fortbyte.

Here’s the location of the meteor crater overlook. It was pretty obvious where this would be, at Dusty Divot:

Here’s a video guide on finding Fortbyte #31 – Found at a meteor crater overlook: