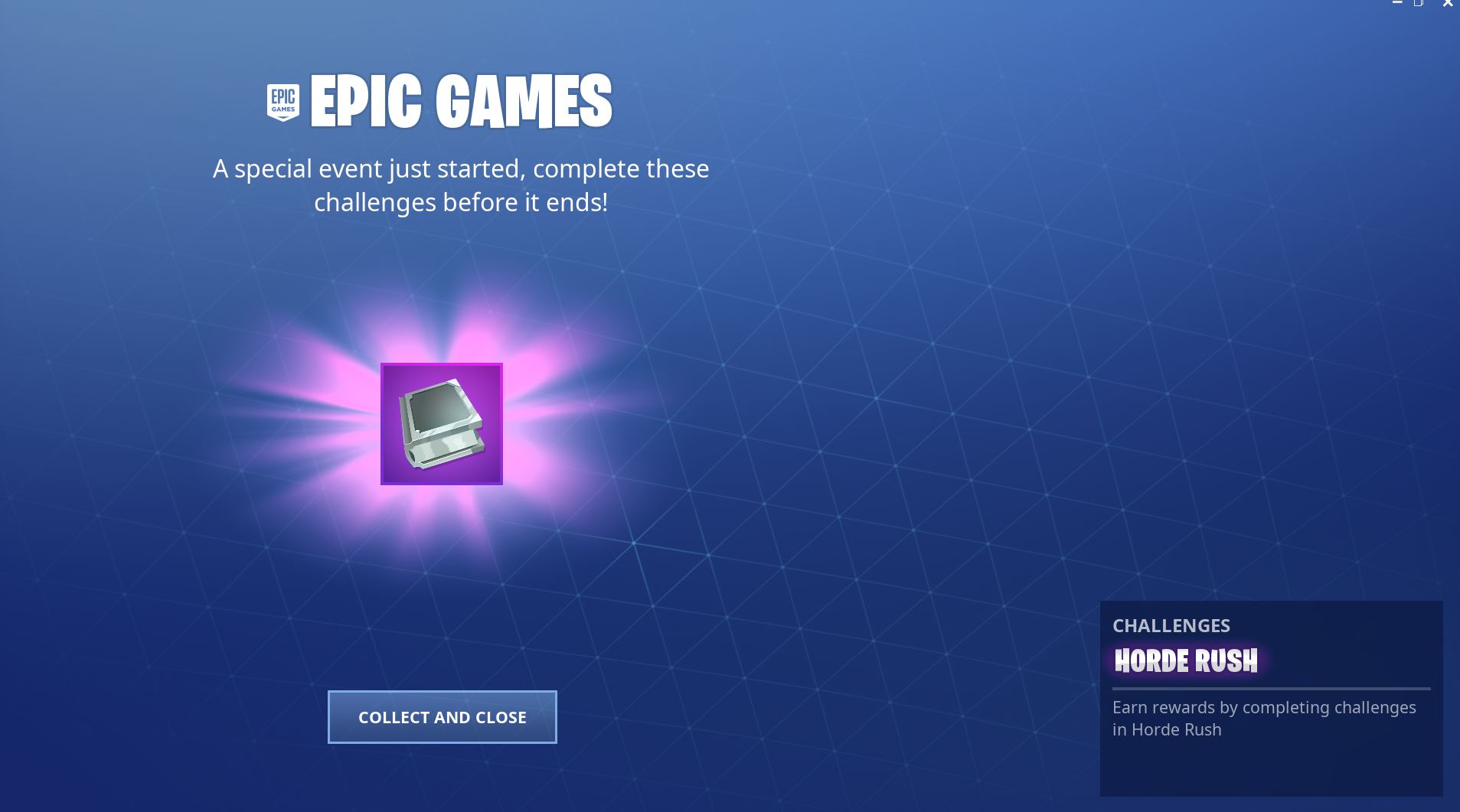 The Fortnite Horde Rush LTM challenges and rewards have been unlocked and are available for players to complete.

In yesterday’s v9.21 Fortnite update patch notes, Epic announced a new LTM that would be coming to Battle Royale, Horde Rush. This LTM was originally leaked by dataminers from last week’s v9.20 update.

Here’s the details on the Horde Rush LTM from the v9.21 patch notes:

Fortnite Fiends are back on the island and angrier than ever! Fight alongside your teammates to rack up your score by finding hidden score multipliers, opening special loot chests, and eliminating as many monsters as you can. Traverse across the map, survive all of the Defend locations and take down the Final Boss to win!

The Horde Rush LTM went live just under an hour ago, however, it was disabled due to an issue that was discovered. The challenge and rewards however, are still live and will be available to complete once the LTM is rotated back in.

There are a total of 7 challenges and upon completing all of them, players will be rewarded with the fiend animated wrap, which is of rare rarity.