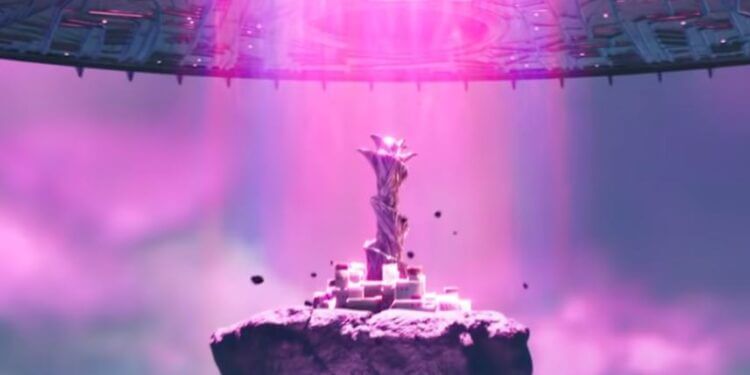 Here’s everything you need to know about the Fortnite chapter 2 season 7 Operation SkyFire live event including the time it’ll take place in each timezone.

We’re finally near the end of Fortnite Chapter 2 Season 7. We’ve had a few teasers for the Fortnite season 7 live event along with a blog post outlining the experience that’ll take place today.

The event is called Operation: Sky Fire and the playlist will be available thirty minutes prior to the time it’ll be available to play. Players can join a full lobby with sixteen friends to tackle Slone’s secret mission.

Based on what the blog post has said and what’s been said on the different Fortnite Twitter accounts, this event will be playable with players being able to invade the alien space ship during Operation: Sky Fire.

Here’s everything you need to know about the Fortnite season 7 live event including the start time, a time zone map and more.

When is the Fortnite Live Event Start Time?

The Fortnite season 7 “Operation SkyFire” live event takes place today, Sunday 12th September 2021 at 4 PM ET. Here’s all the times in different time zones along with a map image listing the times for the event in different countries.

Although there’s no information, based on previous events, we’re assuming the Skyfire Fortnite event will last anywhere between 15-20 minutes. After the event has concluded, we’ll likely enter downtime until Fortnite season 8 launches tomorrow.

There haven’t been any major Fortnite leaks that have been posted. However, there will also be a few data-miners that will post major leaks on Twitter. If you want to avoid any spoilers, be sure to avoid any Fortnite Twitter accounts.