by Khadija Saifi
in Concepts
5 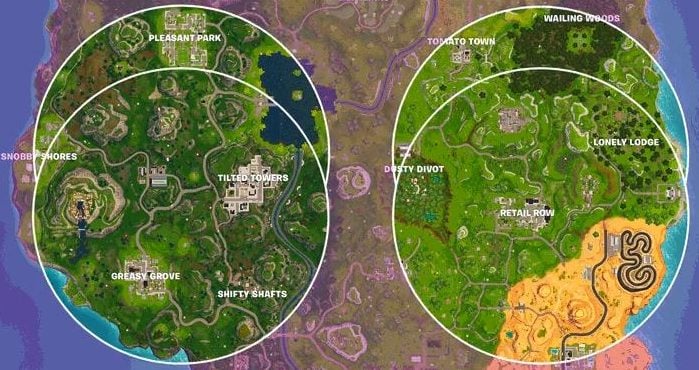 New Limited Time Modes (LTMs) are added to Fortnite regularly to switch up the normal Battle Royale mode. The LTMs introduced can have different rules from the normal mode, where there are only specific weapons that can be found, faster storm times to speed up games, buffed materials, etc. This will test players and change the way they play according to the mode. Epic look to improve the modes all the time and they take on board criticism from the community to make changes.

Reddit users U_mome_gay and phleep have thought of a new LTM that could be added to Fortnite, called “The Walls” where there would be four teams of 25 and four separate buses for each team:

There will be four different circles to start with for each team to loot the area as quick as possible. There will be a storm at the start of the match around the circles, dealing 10hp damage per tick and separate buses to deter players from going to an opponents circle. After a short period of time, the circles will start merging to form two circles. This will force two teams to be in one circle and the other two teams in the other. There will be four Supply Drops for each circle once they have merged. After some time, the two circles will merge together to create one circle and there will be four more Supply Drops dropping. All remaining players will then fight it out so there is one winning team.

For this to work, there would have to be an increased spawn rate for chests and more floor loot spawned. There will also have to be an increase amount of materials acquired when harvesting to ensure players have enough loot to attack/defend themselves. This LTM will be fast paced and action packed and would be a great addition to Fortnite.