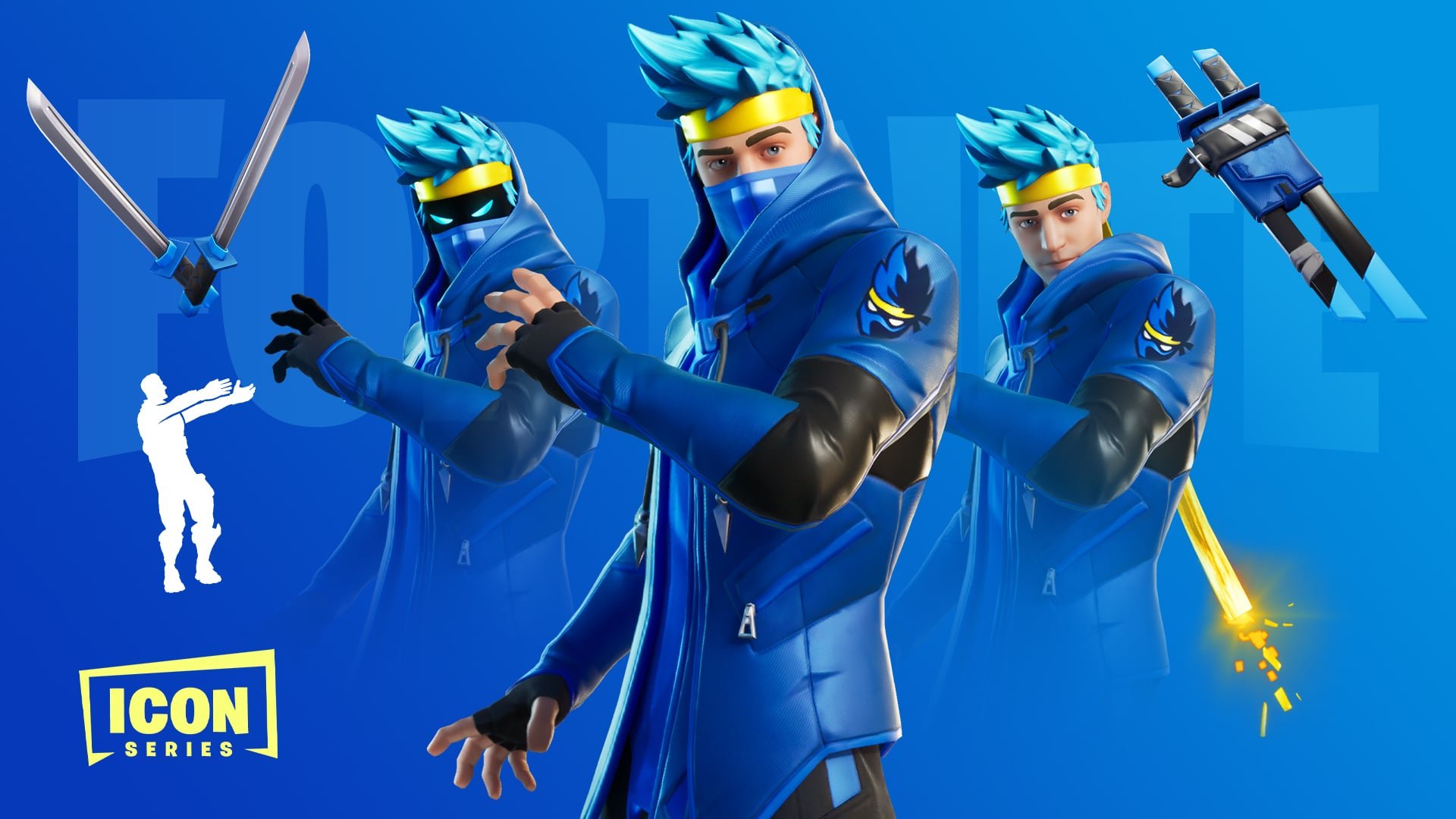 It looks like the Fortnite Ninja Skin and other cosmetics in the set will not be available to purchase again.

Epic Games had announced the Icon Series that would be coming to Fortnite in January 2020 and had mentioned that gaming, music, film and fashion would be colliding for the series. The Icon Series would include artists, such as Travis Scott and Marshmello and Fortnite streamers.

Fortnite Ninja Skin and Other Cosmetics In Item Shop

The Ninja Skin was first released in the Fortnite Item Shop on 16th January, which would also include the Ninja’s Edge Back Bling upon purchase. The Skin has four different styles, with the last style also being reactive.

Usually, the cosmetics that are made available in the Item Shop are rotated and can return at any time, but it looks like this will not be the case for the Icon Series cosmetics. The Ninja cosmetics have returned to the Item Shop at the time of writing, but they may never return again.

Jessica Blevins, Ninja’s wife and manager, had tweeted, “I had SO many people ask me when they could get this again. LUCKILY Epic was down to release it one more time BUT if you don’t get it by Sunday it’s gone!” in reference to the Ninja cosmetics returning to the shop.

I had SO many people ask me when they could get this again. LUCKILY Epic was down to release it one more time BUT if you don’t get it by Sunday it’s gone! https://t.co/Uc5fQeGWer

Epic did not say why they had brought the Ninja cosmetics back to the shop when it seems they weren’t initially intending to do so, but it may be due to the fact that Ninja has just launched his own merch on this website, with a Fortnite+Ninja collection available to purchase now. If you want to purchase the Ninja set, it looks like now will be the last time to do so.

Leaks have confirmed that Loserfruit will be the next streamer to receive her own cosmetics, with the Skin, Back Bling and Emote all being leaked by dataminers. We do not know exactly when these cosmetics will be made available for players to purchase, but it will likely be announced by Loserfruit, and she may show the cosmetics in-game before release. If you want to see what the Emote looks like, click here.

When the Loserfruit set is released in the Item Shop, it looks like it could be the only time in which you can get the cosmetics, so make sure you grab them when you can as there is no guarantee they will return.