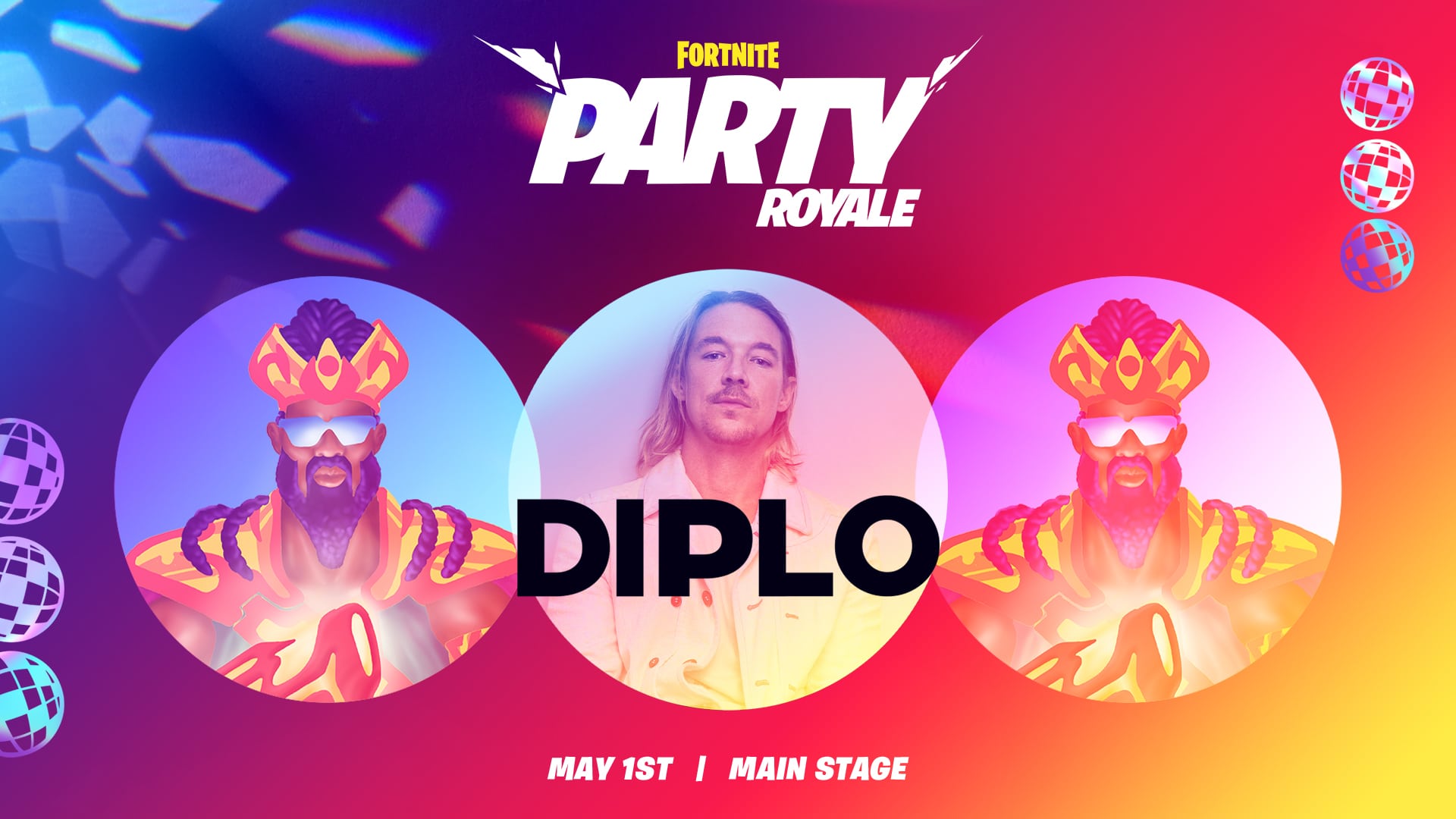 Epic Games have announced a mini event in the new Fortnite Party Royale feature which features Diplo from Major Lazer.

Prior to the v12.50 Fortnite update, Epic Games sent an email to content creators providing an insight as to what they can expect from the update. Epic announced in the email that there would be a brand new feature called Fortnite Party Royale. They then stated that they would be testing some features today, May 1st.

In a surprise announcement, Epic Games have stated that there’ll be a live performance from Major Lazer’s Diplo along with Jordan Fisher. The mini Fortnite event begins at 2 am BST.

However, the Major Lazer collaboration didn’t have a live event, there were only cosmetics that were available to purchase in the item shop for a limited time. However, with the announcement that Major Lazer’s Diplo will be performing his Major Lazer set in less than 20 minutes, it seems as though the collaboration is complete.

There’s no information regarding how long this mini event will last for as it was a late announcement, but it likely won’t last too long. In order to join in, you’ll need to be at the Fortnite Party Royale main stage.

Who is Major Lazer?

For those unaware of what Major Lazer is, it’s a Jamaican-American eletronic dance music trio with hit songs including “Lean on” and “Light it up”. Jordan Fisher is an American singer, dancer, and actor.

With the Fortnite Item Shop updating with Major Lazer, it seemed as though Epic had something up their sleeve, and this is it.

Be sure to tune in at 2 AM BST if you want to catch this mini-event.