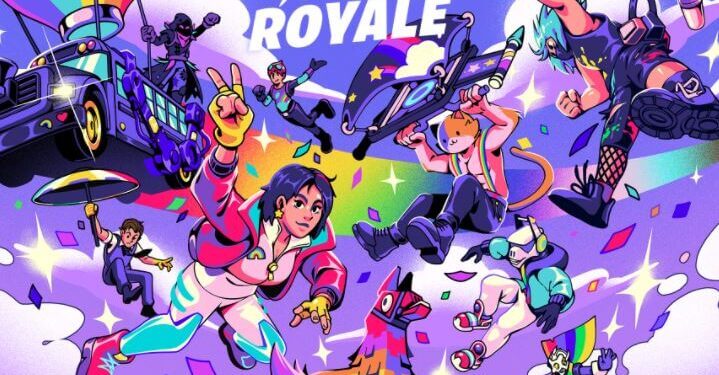 Here’s everything you need to know about the Rainbow Royale event in Fortnite.

Epic Games released their first major Fortnite update in a month with the release of v17.20 today. There wasn’t much new content added for Battle Royale apart from the preferred item slots. We also had some major bug fixes including an issue that caused ziplines to be removed from the game temporarily.

We recently had the Cosmic Summer Fortnite event which last for two weeks and we have another mini-event that Epic Games announced earlier today.

Fortnite players can get their hands on free Rainbow rewards. Here’s the full list of rewards:

In order to get them, players simply need to head over to the item shop and find them by scrolling down. You’ll see that the rewards are listed as 0 V-Bucks

A new Fortnite radio station with tracks from Rocket League are part of this event. The tracks featured on this radio station include Lil Nas X and Big Freedia.

As soon as the Fortnite servers were back up from scheduled maintenance for today’s update, players noticed there was a rainbow in Fortite. Here’s a look at what the rainbow in Fortnite looks like thanks to Twitter user Guille_Gag: