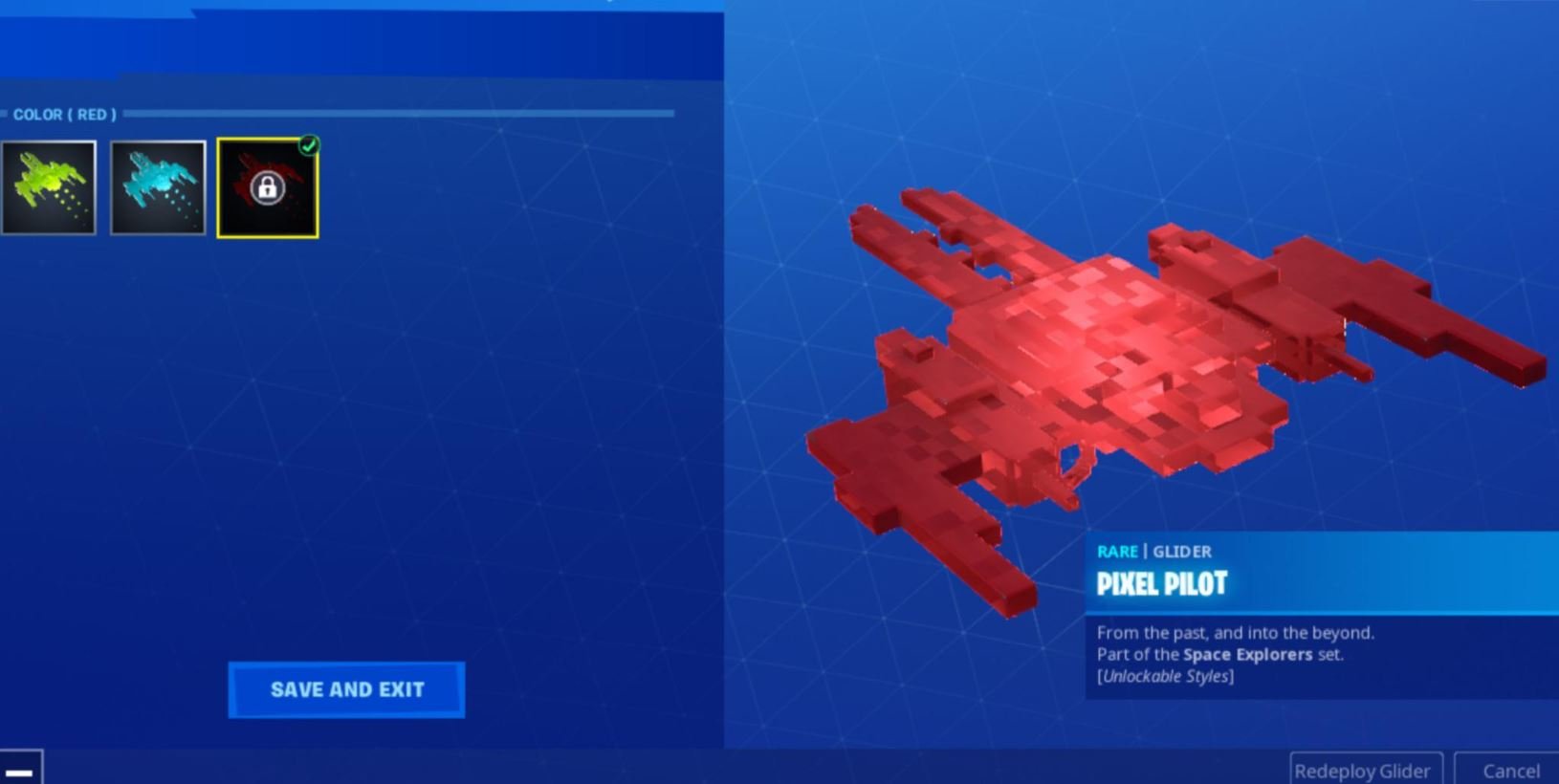 Epic Games are looking into the issue players are running into with the red styles for the Pixel Pilot glider and Cosmic Cleavers pickaxe not unlocking upon unlocking the red style for the Eternal Voyager skin.

We’re almost at the end of Fortnite Season 10/X with Season 11 expected to begin after the season 10 live rocket launch event on Sunday, October 13th. Players have until 2 PM on Sunday to complete the Overtime “Out of Time” challenges.

Players that have completed the 5 challenges are reporting that the red style for the Pixel Pilot glider and Cosmic Cleavers pickaxe is not unlocking.

A player posted the issue on Reddit and received a reply from an Epic stating they are working on a fix to grant the red variant for the Eternal Voyager harvesting tool and glider. You can see the official response below:

We’ll update this article when Epic have a fix for the issue and grant players with the red style/variant for both the Pixel Pilot glider and Cosmetic Cleavers pickaxe.