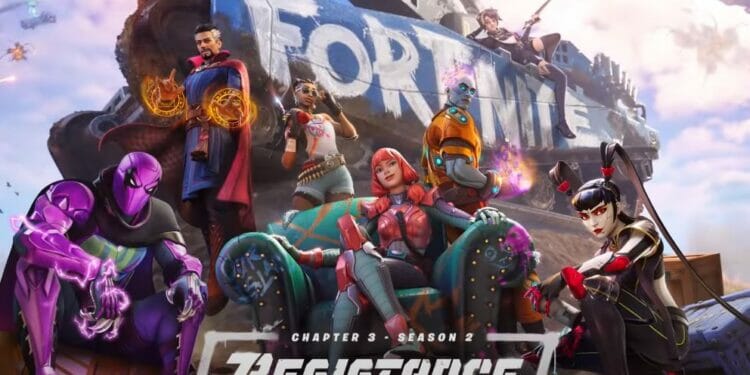 Here’s the information we got from the Fortnite Chapter 3 Season 2 Resistance trailer.

After no teaser or any information as to when season one was officially ending, the Fortnite Status account tweeted when the servers would be going down for scheduled maintenance in order to prefer them for the 20.00 new season patch.

It seemed like Epic Games wanted to keep everything a surprise, but that doesn’t seem to be the case now that we know what the theme is. The Fortnite chapter 3 season 2 theme is war. With everything going on right now, it’s no surprise Epic didn’t want to market the season, and understandable so.

There was no scheduled release for the story trailer like we’ve had in the past but it was released as soon as the servers went down. The name of the new season is called “resistance” and below, we’ll give a quick breakdown of what happened along with a link to the trailer.

The IO (Imagined Order) have been drilling through to the map since the start of the first season. The Fortnite resistance season 2 trailer starts off with an IO drill breaking through with tanks driving out. Battle Busses meet them in a field and chaos ensues.

The chapter 3 season 2 story trailer ends with the two forces running towards one another in a field. That’s a quick recap of what happens but you can take a look at the trailer for yourself below: