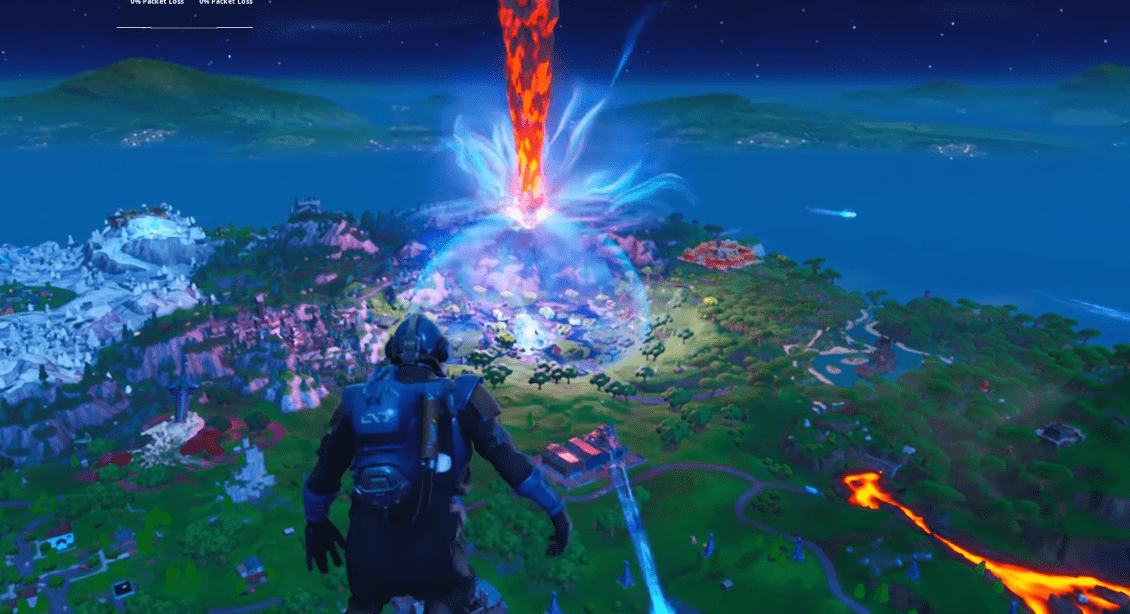 The Live Event for Season 10 in Fortnite Battle Royale has just taken place in-game and here is a recap of what happened in case you missed it.

There have been a few live in-game events that have taken place in Fortnite Battle Royale over the seasons, with the first one being the Rocket Launch in Season 3. The live event for Season 10 has just occurred in-game and here is the build up to the event and what actually happened.

Season 9 had ended with the Zero Point exploding, which seems to have reversed time and caused the meteor to get frozen above Dusty Depot. Throughout the season, we have seen many old POIs return, but not exactly as they were. There were several Rift Zones that were added on the map and Greasy Grove had finally returned!

In the past couple of weeks, we have seen many changes at Dusty Depot, with the Visitor/Scientist building the rocket. The rocket was what started all the storyline in Fortnite and also started the event for Season 10. Here is what happened in the event.

The full video footage of the event can be seen at the bottom of this article.

As soon as the countdown had ended, the rocket was launched and created a huge rift in the sky. We could then see that other rifts were ‘triggered’ and more rockets were coming from these rifts and exploding around the map.

You then see am X laser, which launches a rocket into the Zero orb at Loot Lake and all players were floated away into the sky. It then looks like the seven could have made an appearance as there are six rockets that then come down and the meteor. The meteor hits the orb and you see that everyone gets sucked into a hole.

Now all you can see is the black hole and all of Fortnite’s official media accounts are blacked out.. You can see the full video of the event below, thanks to BULL – Fortnite on YouTube: