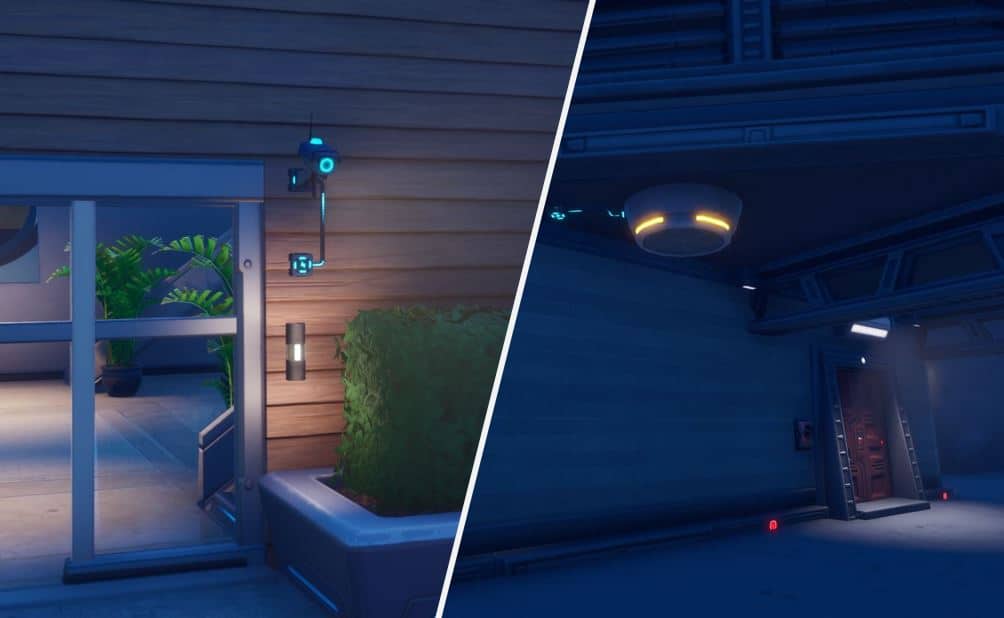 Here is how you can complete the Week 3 Fortnite Challenge that requires you to destroy Sentry Cameras or Sentry Turrets.

Fortnite Challenge: How and Where to Destroy Sentry Cameras or Sentry Turrets

To complete this challenge easily, we would recommend that you destroy Sentry Cameras instead of Sentry Turrets as the Cameras can be easily destroyed with one hit, whereas the Turrets requires a lot more to destroy.

In order to complete the challenge, you will need to destroy a total of five cameras or turrets, which could easily be done in a single match as there are quite a few in each location.

You can also disguise yourself in the Phone Booths that can also be found in each of these locations so that you do not get attacked by Henchmen. Once you have completed the challenge, you will be awarded with 40,000 XP.