Fortnite Star Wars: Will there be anything else for the Jedi: Fallen Order Collaboration? 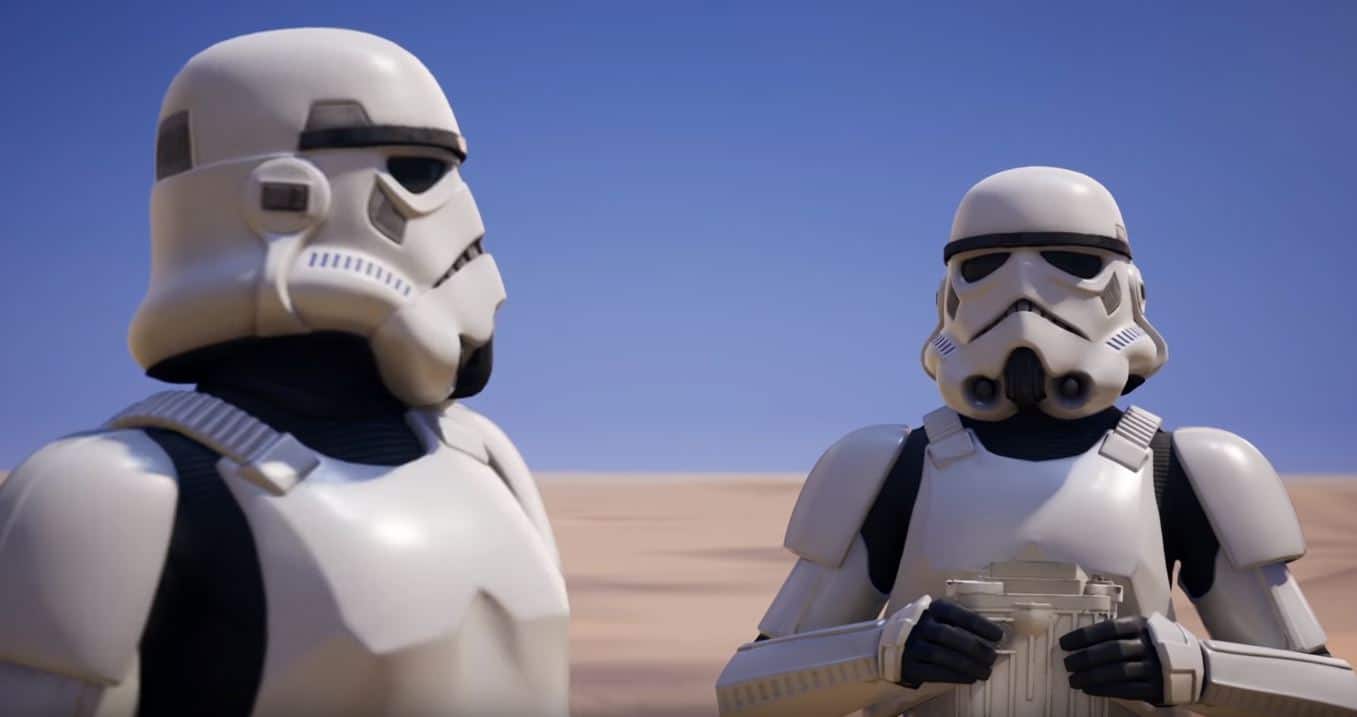 Epic Games released the Imperial Stormtrooper skin in the Fortnite Item Shop. Is there anything else to come from the collaboration?

Epic Games seem to be announcing new Fortnite collaborations every couple of months. The last collaboration prior to the latest one was the Fortnite X Batman collaboration. The collaboration included Batman weapons, challenges, skins, and a POI added to the game, Gotham City.

The Imperial Stormtrooper skin was released in the Fortnite Item Shop on the 14th/15th November. The shop rotated as usual, but players noticed it was scheduled to reset again five hours later.

The Imperial army has arrived.

The Imperial Stormtrooper is scouting the Island. Grab him in the Item Shop now! pic.twitter.com/SKhZJ4Orcz

If you’re looking to buy the Jedi: Fallen Order game from the Epic Games store. You can get the Imperial Stormtrooper outfit/skin for free.

The Star Destroyer also seems to be part of the collaboration. If you look up at the sky in Fortnite and look towards the west side of the map, you’ll notice the Star Destroyer in the distance.

It seems unlikely the Star Destroyer will move closer towards the map, and just seems to be a minor part of the collaboration to promote Jedi: Fallen Order on the Epic Games store.

If we look back at the Borderlands Fortnite X Mayhem collaboration, the skin was released along with the Pandora location as well as the challenges. Since Epic have already released the skin and the Star Destroyer is appearing in the sky, it’s likely this is all we’ll be getting from the promotion.

If we think back to the release of IT Chapter 2, Epic added balloons next to sewers which upon popping would play a sound Clip of Pennywise the clown. This alone seemed to increase the interest in the movie release and players were coming up with theories and telling friends that there’ll be a Fortnite X IT Chapter 2 collaboration, exactly what Epic wanted.

There was no collaboration in the end, not an official one anyway. It seems the Star Destroyer is playing a similar role. Players are getting excited we could see it as a new POI on the map, but it’s unlikely and seems to be placed in the sky just to build some hype amongst the Fortnite player base.