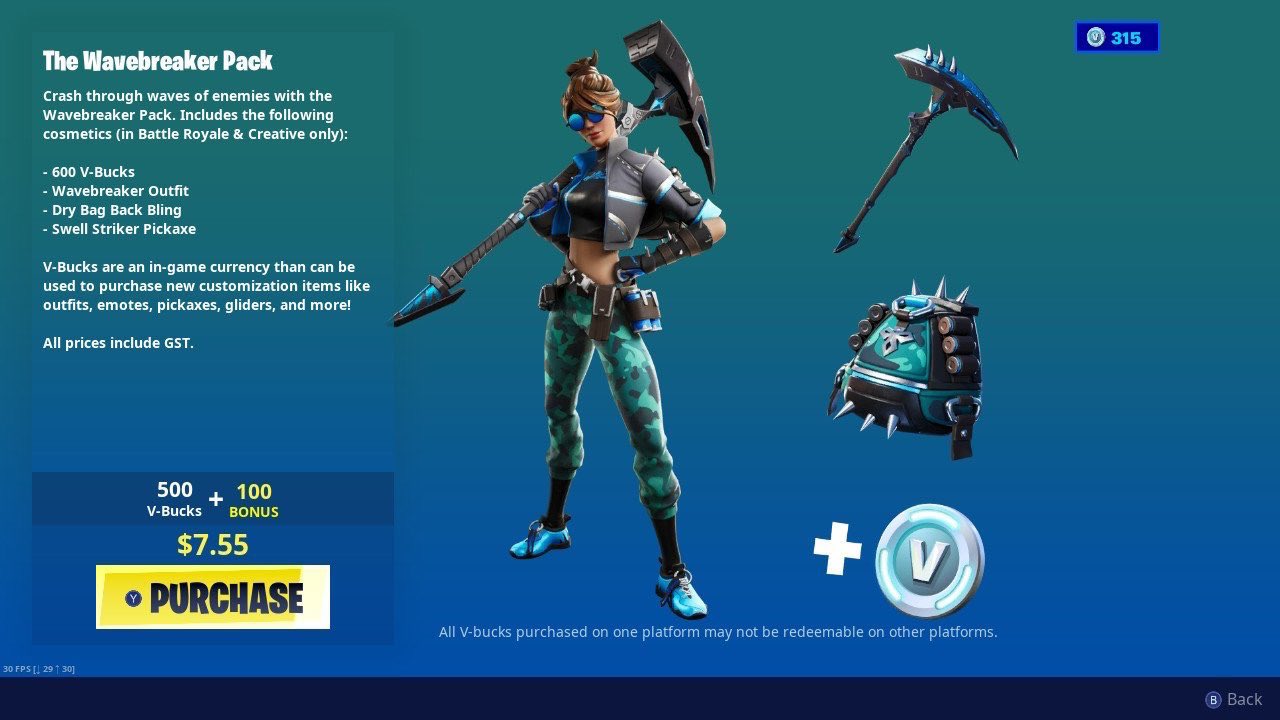 The Fortnite ‘The Wavebreaker pack’  will be available worldwide soon. Here’s the price, what’s included and the official release date.

In the v11.00 Fortnite update, dataminers leaked an upcoming pack that’ll be available to purchase from the Fortnite store. When it was leaked, there was no official name for the pack as the name of the skin wasn’t known.

The pack is now available to purchase in New Zealand, and a listing for the pack was found on the PlayStation store. The name of the pack is ‘The Wavebreaker’ and will include several cosmetics. Here’s what’s included, the price and the official release date.

The Wavebreaker pack will include three cosmetics as well as V-Bucks. Here’s the list of cosmetics in the pack along with images for each:

The price of the pack in New Zealand is $7.55. Here’s the full price list for different regions:

The Wavebreaker Pack has the official release date of 29th October 2019. It’s likely the pack will be available to purchase as soon as it hits midnight. There have been delays in the past for the pack to appear on mobile and Nintendo Switch, so keep that in mind if you’re waiting to purchase the pack.

As always, there’s no information as to how long the pack will be available in the store for. Epic are releasing a bunch on packs and cosmetics at the moment. New skins and other cosmetics have been released daily for the past few days in the lead up to Fortnitemares. The Final Reckoning pack is also available to purchase and the Darkfire bundle will be available on Tuesday, 5th November 2019.