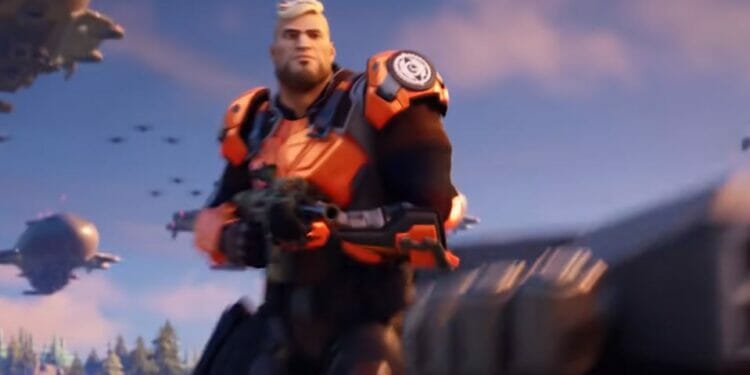 Epic Games released the penultimate Fortnite update for chapter 3 season 2 two days ago. It was the third major patch release of the season, and it introduced the Battle for Tilted Towers.

It was pretty much a guarantee that something would happen to Tilted Towers when it was added to the map. The 20.30 patch saw three buildings being completely destroyed with damage to some of the surrounding buildings.

Funding stations for the Choppas were also set up across all seven outposts, and once it’s 100% funded, it’ll be unvaulted until at least the end of the season, although it’ll likely remain in the game for beyond season two.

Shotguns were rebalanced with changes to increase the damage for most shots including headshots. Each shotgun in the game was given a “max damage cap” which affects the maximum damage a single shot can deal.

The Star Wars lightsabers also made a return along with another Star Wars weapon being added to the game. It’s one of the best patch update we’ve had recently and appears as though players are enjoying using the lightsabers.

The Fortnite Status Twitter account announced that a maintenance patch had been pushed to all Xbox consoles to address stability issues. In order for players to download the new patch, they needed to close their game. 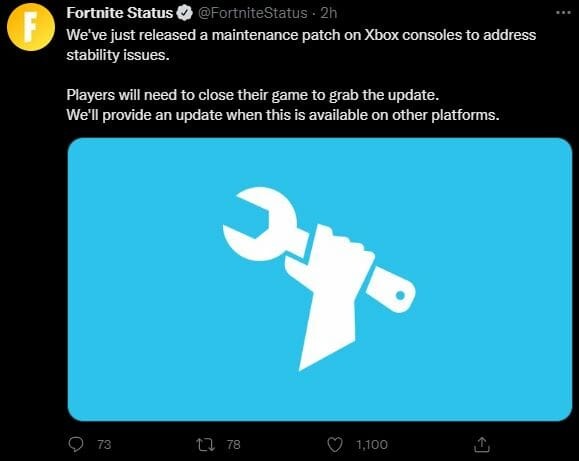 Recently, the 3.55 Fortnite update was pushed to PC, PS5, PS4, and Android to address stability issues. Epic is planning to release the same update on Nintendo Switch, which will likely be released in the next few hours. 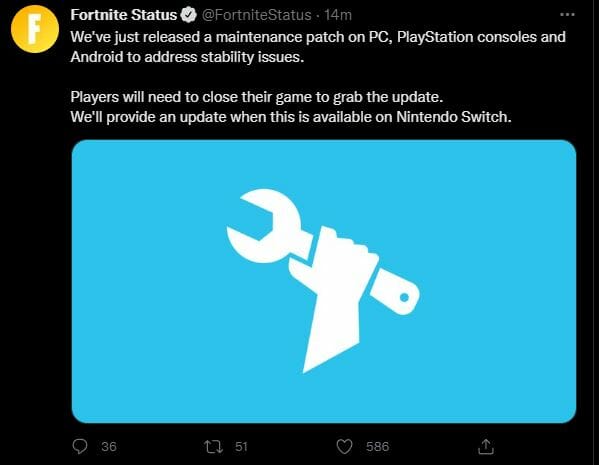 As expected, there is no new content or features that were added in the May 5th, 2022 update. We should have a content update released next Tuesday followed by the final patch update of the season.