by Yousef Saifi
in Game Info
6 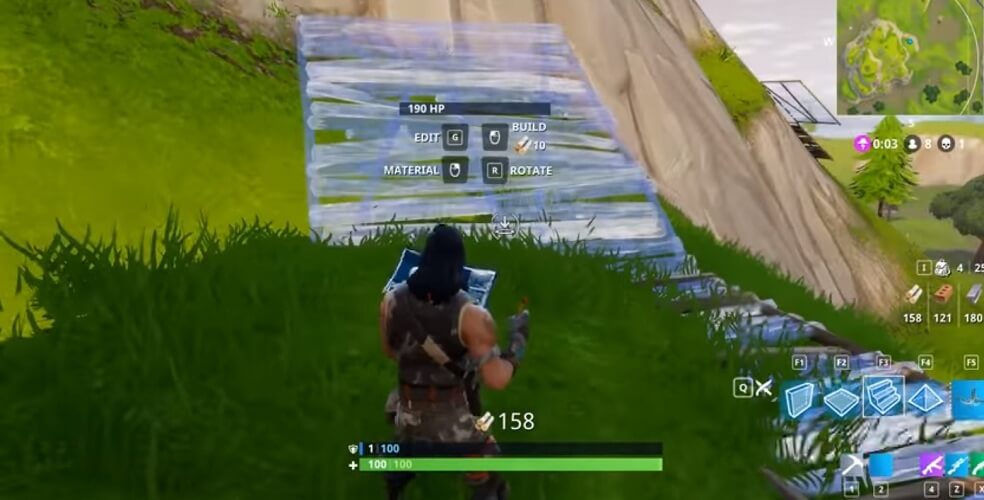 Another week, another update for Fortnite. We’ll be highlighting the changes coming to this weeks update.

This weeks update focuses solely on building improvements with Turbo building, automatic material swapping, being able to build through objects, and improvements on switching building pieces.

Turbo building will allow you to hold down your primary fire weapon in order to continuously place materials, allowing you to create structures in defensive situations with less effort. Furthermore, you’ll never have to worry about having to change materials when you run out, as it will now be done automatically.

If you’ve ever been trying to build quickly, only to be frustrated by something blocking you, preventing you from building without actually knowing why, you now won’t have that issue. If you try to build over smaller objects scuh as furniture, you’ll destory them when building over them. Trees, rocks and vehicles WILL still get in the way and prevent you from building, so you’ll need to destroy them prior to building. You can however build through larger items, meaning you can build virtually anywhere.

Players have complained about how laggy and unpredictable building can be, especially on consoles. Epic have now changed the network code, so when you’re cycling through building pieces, it will no longer need to take a trip to Epic’s servers. This will create a much smoother building experience for those on consoles, on players playing on PC using a controller.

Although these are the only mentioned changes so far, we think that Epic will add in some bug fixes and mention them before verson 3.0.0 goes live (Update: this has now been confirmed). Needless to say, these are welcomed improvements to Fortnite.

NOTE: Although no official time for the update has been given, most updates are usually performed at 9am GMT time which will come with downtime. A Dev at Epic games, EpicDustyDevo has stated they will start work very early in the morning (EST) so the work will be doen by the time most EST people are waking up.