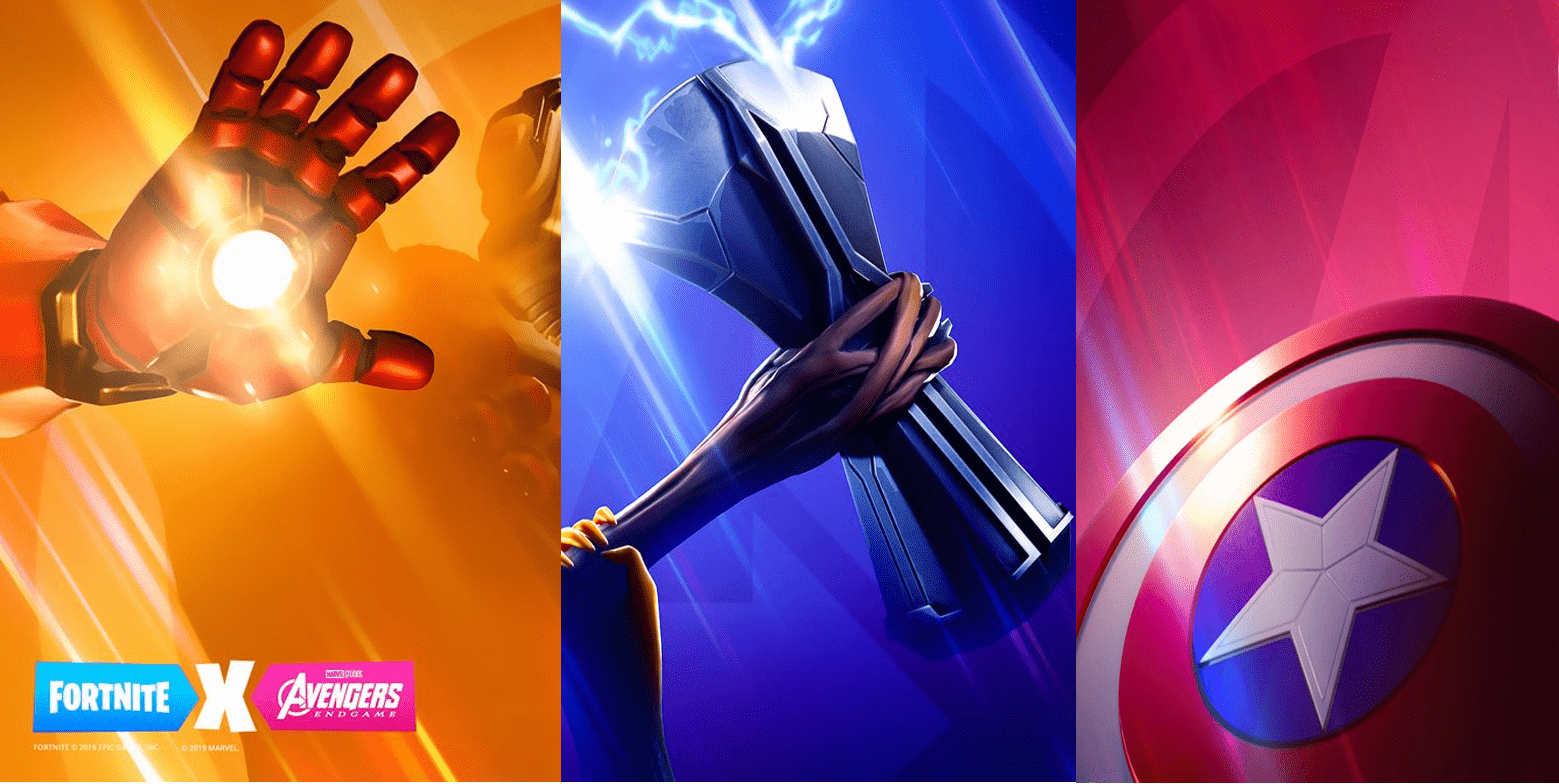 Here are some predictions on what the Fortnite x Avengers: Endgame abilities will be for the different items in the LTM.

Epic had announced that their collaboration with Avengers:Endgame will be taking place on 25th April 2019 and they have revealed three teasers for the event. All of the teasers have shown three different items from the Avengers Superheroes which will most likely feature in an LTM (Limited Time Mode). Reddit user GameBrine032 has predicted what the three abilities for each item will be, as can be seen below.

The first teasers shows Brite Bomber holding Captain America’s Shield. GameBrine032 has predicted that players will be able to throw the shield at nearby enemies and deal 75 damage. The second ability of the shield would be block incoming bullets and the final ability, Superhero Landing, will allow players to deal 25 damage within a certain radius when using this ability. He has also suggested that the walking speed of players who use the shield will be increased by 15%.

In the second teaser for the collaboration, we see the Fishstick skin holding up Thor’s Stormbreaker Axe. GameBrine032 has predicted that one of the abilities the Axe will have is to fire energy at enemies. He has suggested that it would work the same as the Zapatron where the longer you charge the item, the more damage it will deal to opponents. The second abilities players will get by having this item is to fly in the sky for a maximum of 20 seconds and will be controlled the same way as the X-4 Stormwing planes. The final ability will be to deal 75 damage to players by swinging at them with the Axe.

The final teaser for the collaboration was released earlier today and it shows Raptor with Iron Man’s suit. GameBrine032 has predicted that players who get the suit will be able to shoot a lazer at the enemy, which will deal 20 damage per hit and can only be used fro 15 seconds at a time before it gets overheated. He has predicted that the Suit will be similar to the Hammer where players will be able to fly in the sky for a maximum of 20 seconds. The third ability is that players will be able to tract the next zone before it has been outlined on the map.

The v8.50 update will be dropping tomorrow and so we won’t know for sure what the abilities will be for each item until the patch notes have been released. These items will most likely be featured in the Infinity Gauntlet LTM that was released in the last collaboration and so we should see the Gauntlet make a return.

There are bound to be many new files added to the game in this update, so make sure you turn on website notifications and follow us on Twitter, @Fortnite_BR, for all the latest leaks and news as it comes out.