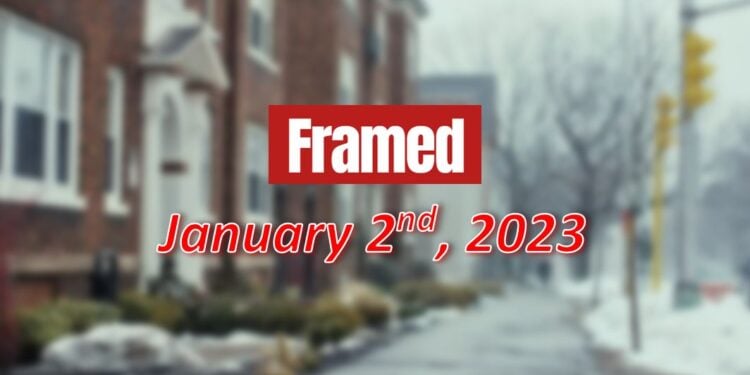 Here is the Framed answer today for the #297 movie, released on January 2, 2023 and some hints to help you solve it.

UPDATE: Click here for the hints and the answer to Framed 298!

The first image you are given for Framed 297 is:

Hint 1: There are four words in the film title.
Hint 2: It is a drama film.
Hint 3: The film was released in 2016.
Hint 4: The synopsis of the film is, “After his brother’s death, Lee Chandler is named guardian to his 16-year-old nephew, Patrick. This forces him to return to his hometown and confront his past.“

Manchester by the Sea!

Click here for the hints and the answer to Framed 298!