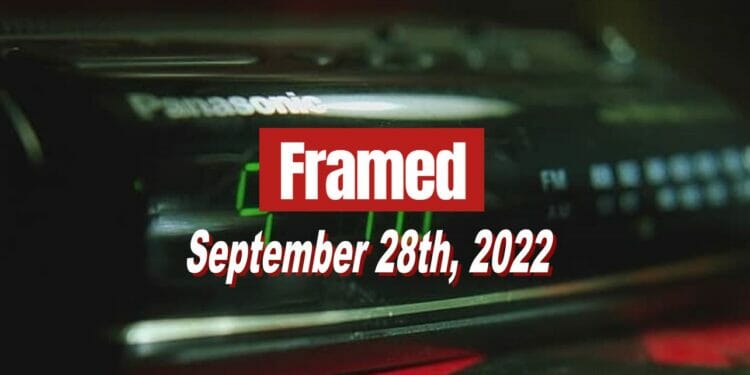 Here is the Framed answer today for the #201 movie, released on September 28, 2022 and some hints to help you solve it.

UPDATE: Click here for the hints and the answer to Framed 202!

The first image you are given for Framed 201 is:

Hint 1: There are two words in the movie title with the first one being ‘The’.
Hint 2: It is a sci-fi/action film.
Hint 3: The movie was released in 1999.
Hint 4: The synopsis of the film is, “Thomas Anderson, a computer programmer, is led to fight an underground war against powerful computers who have constructed his entire reality with a system.”

Let us know in the comments section below if you managed to guess the movie correctly and how many pictures it took for you to guess it. Click here for the hints and the answer to Framed 202!