Gameplay of the new SMG Added into Fortnite Battle Royale 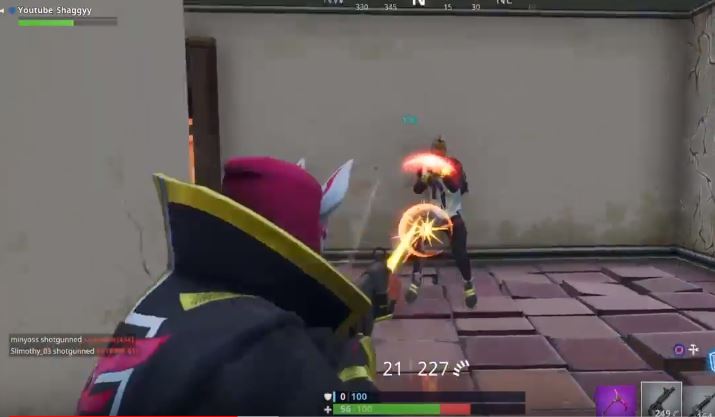 Epic Games have introduced a new SMG to the game, vaulting the tactical SMG in the process, which has been met with different reactions from the Fortnite community. From first impressions, it seems as though this gun is on par with the tactical SMG at close-range, but not at mid-range.

As of late, it seems as though Epic are really concentrating on how the weapons should be used and making adjustments to make sure weapons are used in the way they are supposed to, for example, this new SMG is not as effective mid-range and the tactical SMG as SMG’s are meant to be used more for close range combat.

The new SMG is available in Common, Uncommon and Rare variants and can be found in both floor and chest loot. It uses light ammo and has a round capacity of 30. When shooting at a base, the damage ranges from 19-21, depending on the rarity.

You can see the new weapon in action below:

It seems like Epic are trying to change up the weapon variety by adding this gun to replace the tactical SMG. We could see the tactical SMG come back in the future, with the new SMG being vaulted, or we could see another SMG added to the game. The Vault was made so that Epic would be able to rotate weapons as and when needed, so if there are more improvements that need to be made, or the tactical SMG is actually more useful, we may see it go to the Vault.

We can really see that Epic are trying to change the gameplay of Fortnite, by introducing new weapons and items to the game and making adjustments to make them useful for their intended purpose.