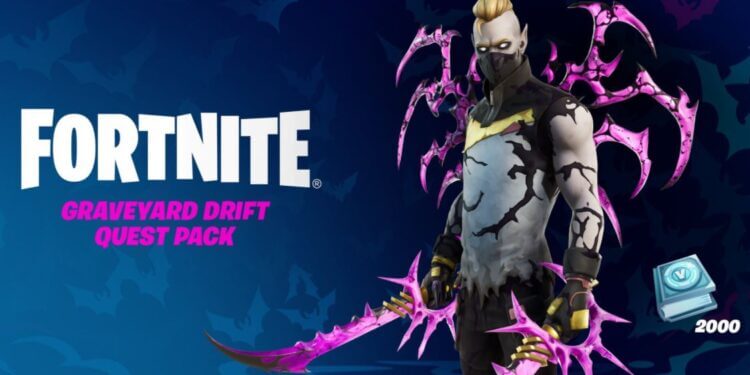 In every major Fortnite update, Epic Games add in new files that will include new quests, items, and weapons. A new update went live today, v18.20, and we have some new cosmetics that were leaked.

One of the leaks was for a new pack for Graveyard Drift. This was accidentally leaked last week when it appeared in the Epic Games store showcasing the cosmetics you’ll get in the pack, the price, and a description.

Players tried purchasing the new quest pack but the payment failed and players weren’t provided with the pack. Epic then removed the pack from the store and it the pack along with the cosmetics were added to files in today’s v18.20 update.

The pack includes the following cosmetics:

The quest pack will be available to purchase from the item shop but you’ll need to purchase it using real money instead of V-Bucks. It’ll cost players $15.99. It’s definitely good value for money considering you’ll get four cosmetics with different Driftwalker skin styles along with 2,000 V-Bucks.

According to data-miners, the set will release on Monday, October 18th when the shop resets.