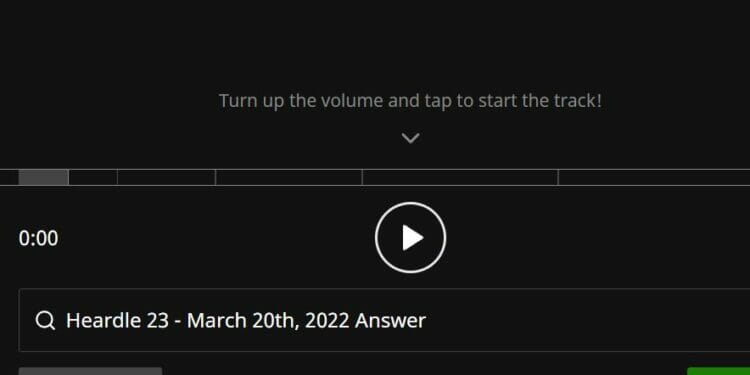 A new day, a new Heardle to complete. Here are our hints to help you out along with the answer if you’re having a difficult time guessing Heardle 22, released on March 20th, 2022.

Players are starting to finally nail down a set of games that are on their to-do list. With so many recent daily word games released after the success of Wordle, it’s difficult to remove any of the current games.

Quordle appears to be the most popular daily word game behind Wordle, Nerdle is one of a kind as there aren’t many math games, and Globle is a far better version of Wordle.

As far as I’m aware, Heardle is the only music game available right now. The premise of the game is simple, guess the daily song before you run out of attempts.

The game starts off by providing players with a very short clip of the song. From there, each incorrect or skipped guess will unlock more of the song. You only have six attempts to guess the song and you can share the result on social media. There’s a new daily song available at midnight local time. Here are our hints along with the answer to Heardle 23, released on 20th March 2022.

Some of the songs that have been released so far, players have been able to guess in their first attempt. Others are quite difficult even after hearing more than half of the available clips.

For that reason, we have our own hints in case you’re finding it difficult to figure out today’s song:

The answer to Heardle 23, released on 20th March 2022 is Bruno Mars – Locked Out of Heaven