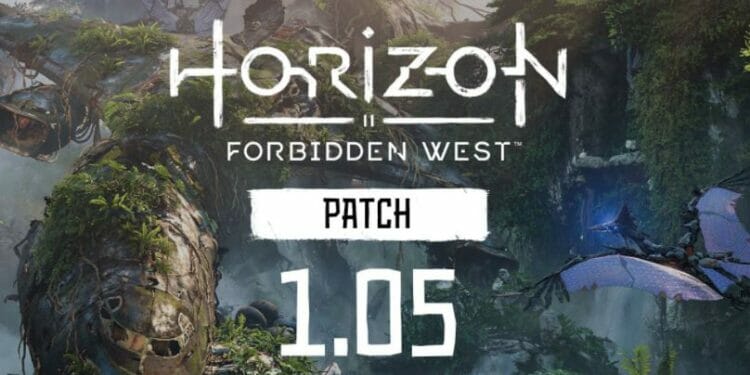 Horizon Forbidden West was released on February 18th with mostly posotive reviews and is the UK’s second-biggest physical launch on the PS5. We had a day 1 patch update that fixed numerous bugs and improved performance.

The update was roughly 18GB in size on the PlayStation 4 and now we have the 1.015 Horizon Forbidden West update that’s been pushed live on February 23rd, 2022. The 1.05 patch aims to fix any bugs that we’ve been with some of our heroine’s skills along with some cosmetic and performance issues.

PS5 players have been reporting that the game bricks their console, which can be fixed by rebuilding your consoles database and clearing the cache. Other fixes in today’s 1.05 Forbidden West patch include issues with side quests and errands, world activities, and texture-related bugs. Here’s the full patch notes:

Side Quests and Errands

The download file size for the Horizon Forbidden West 1.05 patch update is 437.6 MB on the PS5.