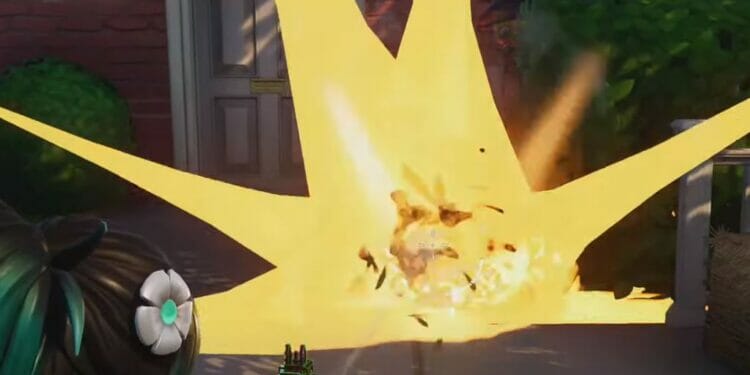 A new day, a new set of Fortnitemares quests to complete. Today, players have been asked to find and destroy jack o’ lanterns with a ranged weapon. Here are the locations of the Jack-O’-Lanterns in chapter 3 season 4.

We’re nine days into the Fortnitemares 2022 Halloween event. The event is scheduled to end next week on Tuesday, 1st November, which is when we’re expecting the third major patch update to release.

Until then, we’ll continue to see two new Fortnitemares quests released each day. So far, there are eighteen quests available to complete. That means that two of the three cosmetic rewards are available to unlock right now.

The Everything’s End Glider was the first cosmetic that was available for players to get once they completed five Fortnitemares quests. The second reward, the Chrome Cafe Back Bling, was available a few days ago and requires players to complete thirteen challenges. 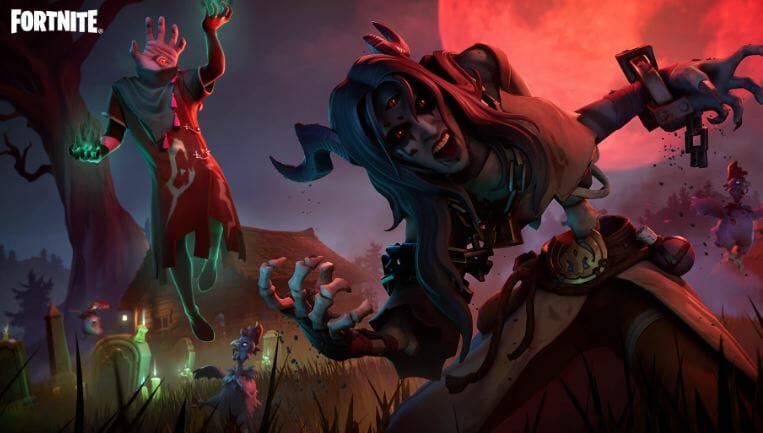 The final cosmetic reward is the Unmaker Pickaxe. In order to obtain the pickaxe, players will need to complete twenty-five challenges. That means it won’t be available to unlock until Sunday, 30th October.

If you’ve not played Fortnitemares this year or haven’t seen the rewards for any other reason, here’s what the glider, back bling, and pickaxe rewards look like:

We’re still not sure when the free Chrome Punk skin will be available but we do know that once it does release, players will have beyond the end of the current season to obtain it if the information from data miners is correct.

There might be more information regarding the free Halloween skin in the next couple of days. Any new information will be reported as soon as it becomes available.

In the meantime, there are new quests to complete. One of the new quests requires players to destroy jack-o’-lanterns with a ranged weapon. Upon completing this quest, players will receive a cosmetic reward, The Chicken Returns Spray. Here’s what it looks like: 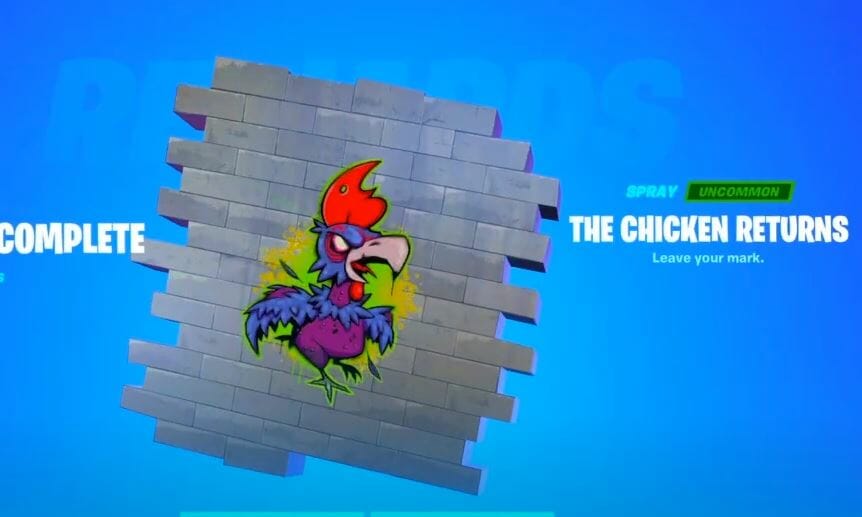 Here’s a quick guide outlining the locations where you can find and destroy jack-o’-lanterns in Fortnite chapter 3 season 4.

Where to find and destroy Jack-o’-Lanterns in Fortnite

The destroy jack-o’-lanterns with a ranged weapon is one of the more difficult Fortnitemares challenges simply because you can’t see the locations of jack-o’-lanterns on the Fortnite map when clicking the challenge on the quest interface.

Unfortunately, the locations where you can find and destroy jack-o’-lanterns in Fortnite are fairly spread out. That means you’ll need to do a bit of traveling around the map to complete the challenge. 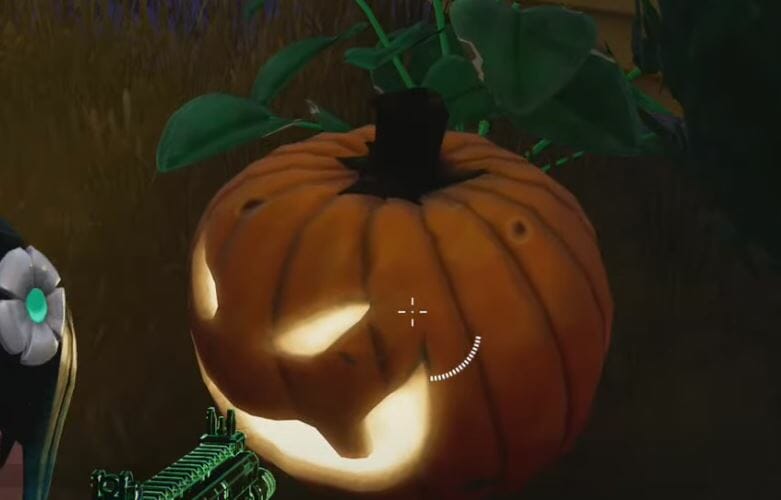 Alternatively, you could always destroy them in one place, exit a match, drop them at the same location, and destroy the same Jack-o’-Lanterns. Either way, you’ll want to start the challenge off by landing on the south side of Greasy Grove.

Here’s the exact location on the map where you’ll want to drop to get this challenge started: 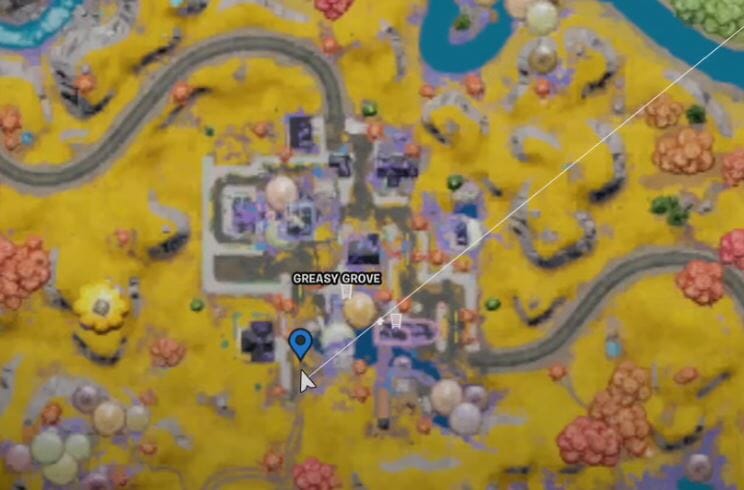 From the above location, look north. On your right side, you’ll see the green-colored house. Outside the front door of the house is your first jack-o-lantern to destroy. 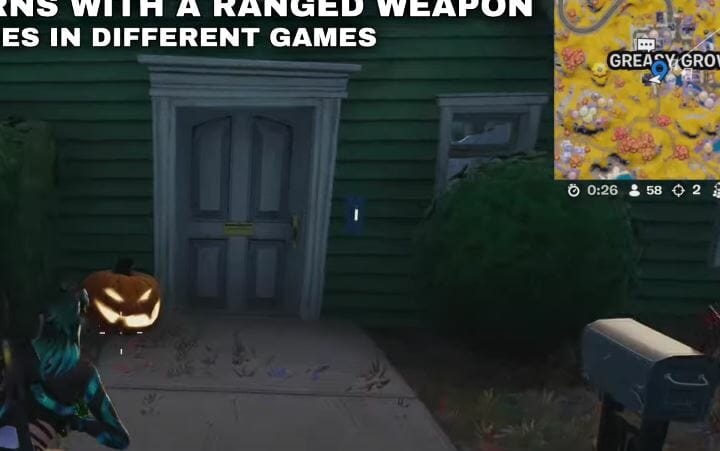 From the above location, head northeast to the white-colored house that’s on the northeast side of Greasy Grove. From the below image, you can see the location of the pumpkin from the minimap in the corner. 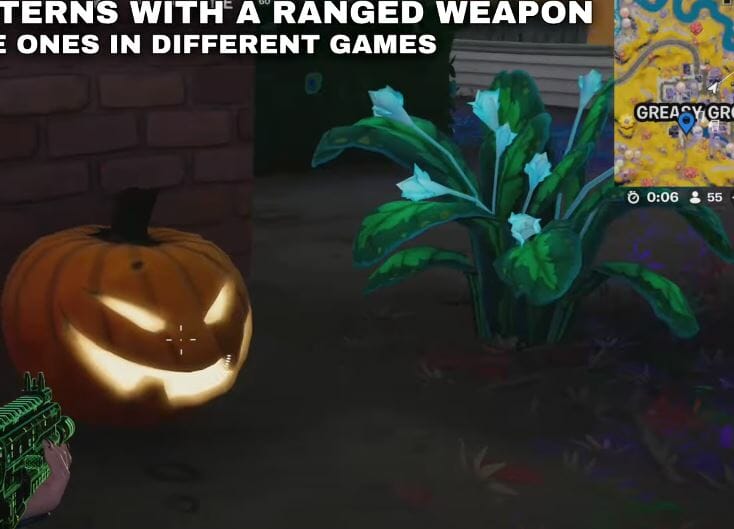 Head west to the yellow-colored house. You’ll find two jack-o’-lanterns to destroy here with one located to the left of the fence door that’s located near the front door. 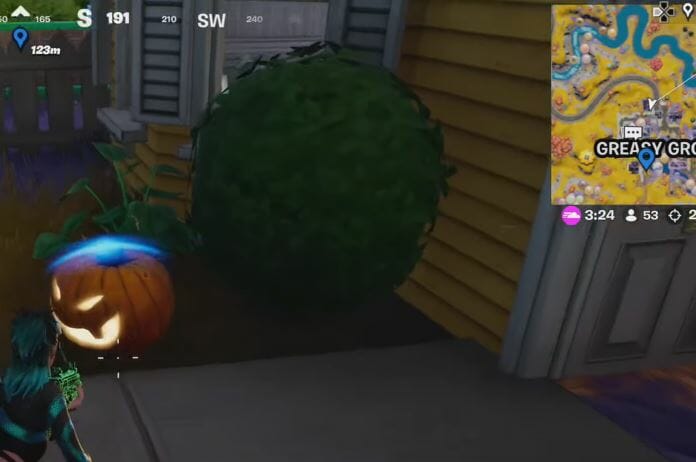 The other one can be found in front of the other door that leads into the kitchen. 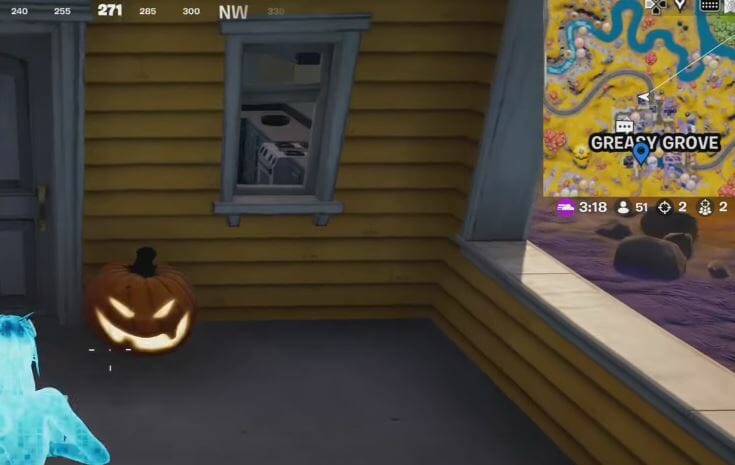 If you’ve managed to find and destroy all of the Jack-o’-Lanterns above, you’ve destroyed a total of four. That means you only need to destroy one more in order to complete the challenge.

There are a few locations where you can find more Jack-o’-Lanterns in Fortnite, but we’ll be heading to Tilted Towers. Drop on the southwest side of the popular location as marked below: 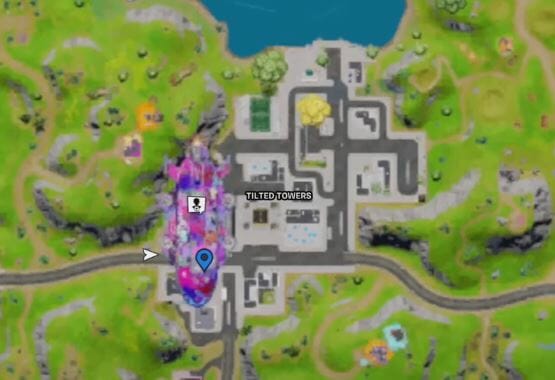 If you’re looking east down the road, on your right you’ll have the first house that’s next to the clock building. Outside the house are two Jack o Lanterns to destroy. 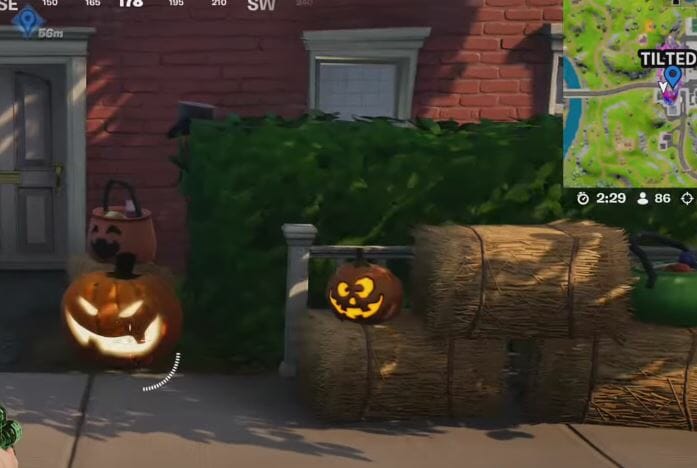 Once you’ve destroyed at least one of them, you’ll have completed the challenge and unlocked the spray reward.

How to Destroy jack o’ lanterns with a ranged weapon