by Yousef Saifi
in Other
49 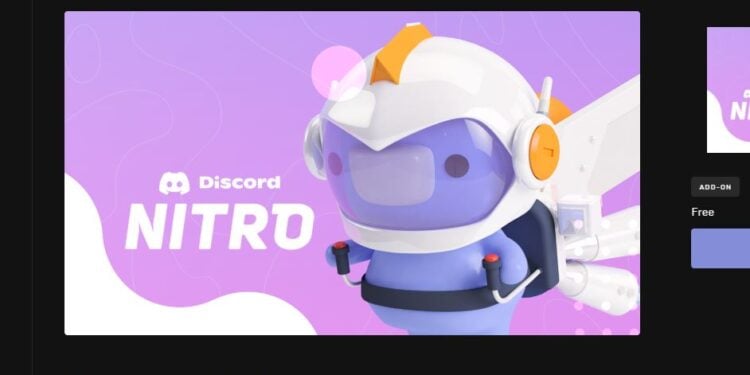 Players can get three months of Discord Nitro through the Epic Games store.

Epic Games have been adding new games to the store daily. They’ve also given out millions of dollars worth of free games in order to entice users to download the Epic Games store. We’ve recently had NBA 2K21 along with Among Us free to download for a short period.

Epic Games are now offering players three months of Discord Nitro. However, there are some limitations to this offer and it won’t be available forever. Here’s what you need to know about the latest free offering from Epic Games.

The Free Discord Nitro for three months on the Epic Games store runs from today until June 24th, 2021. However, when you get this offer, you’ll get a link that is valid until July 24th, 2021.

Discord Nitro provides you with chat perks, bigger file uploads, and you can stand out in your favourite Discord channels and more. It costs $9.99 per month or $99.99 a year. As part of Discord Nitro, players can get 2 server boosts and 30% off the price of extra server boosts.

In order to get your three months of Discord Nitro for free, you’ll need to head to the Epic Games store and find the offer which should be on the home page. Click the “Get” button and place your free order.

Once you’ve done this, you’ll get a redemption link emailed to you. You’ll need to allow up to 24 hours for the email to be delivered, but it shouldn’t realistically take more than a couple of minutes.

Once you have the link, open it, log in or sign up to Discord and the three months of free Discord Nitro will be added to your account automatically.

Update: The email will be sent to the email addressed linked to your Epic Games account!