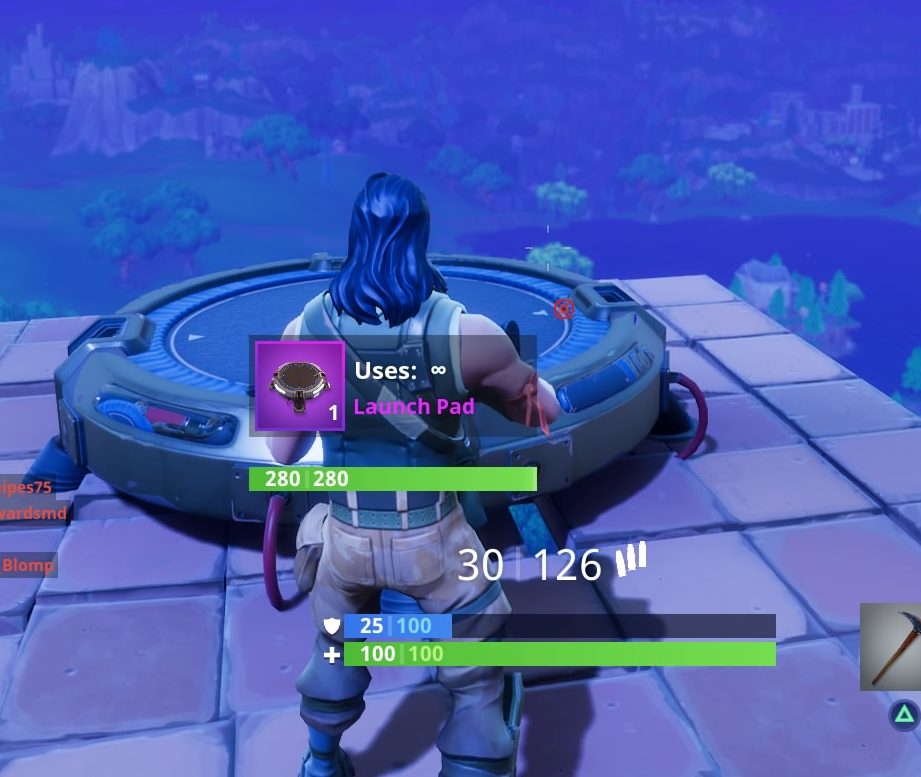 Launch Pads are items that are used to either glide away or glide to enemies and are particularly useful to use to escape the storm. This item can also be used by enemies once placed and has unlimited uses until it is destroyed. The Launch Pad can only be used on a floor section and cannot be moved when it has been placed. They currently only come in the Epic rarity.

A Reddit user had posted a question, asking what the community thought about increasing the drop rate of Launch Pads at POI’s around the edge of the map. The reason for this would be to encourage more players to land at these POI’s and they will not have to worry about outrunning the storm, as they will have Launch Pads to help them.

From this, it is save to say that the drop rate of the Launch Pad will be increased, but by what percentage is yet to be confirmed. Could this change the rarity of the item from Epic to Rare?

Let us know what you think about this change in the comments section below.