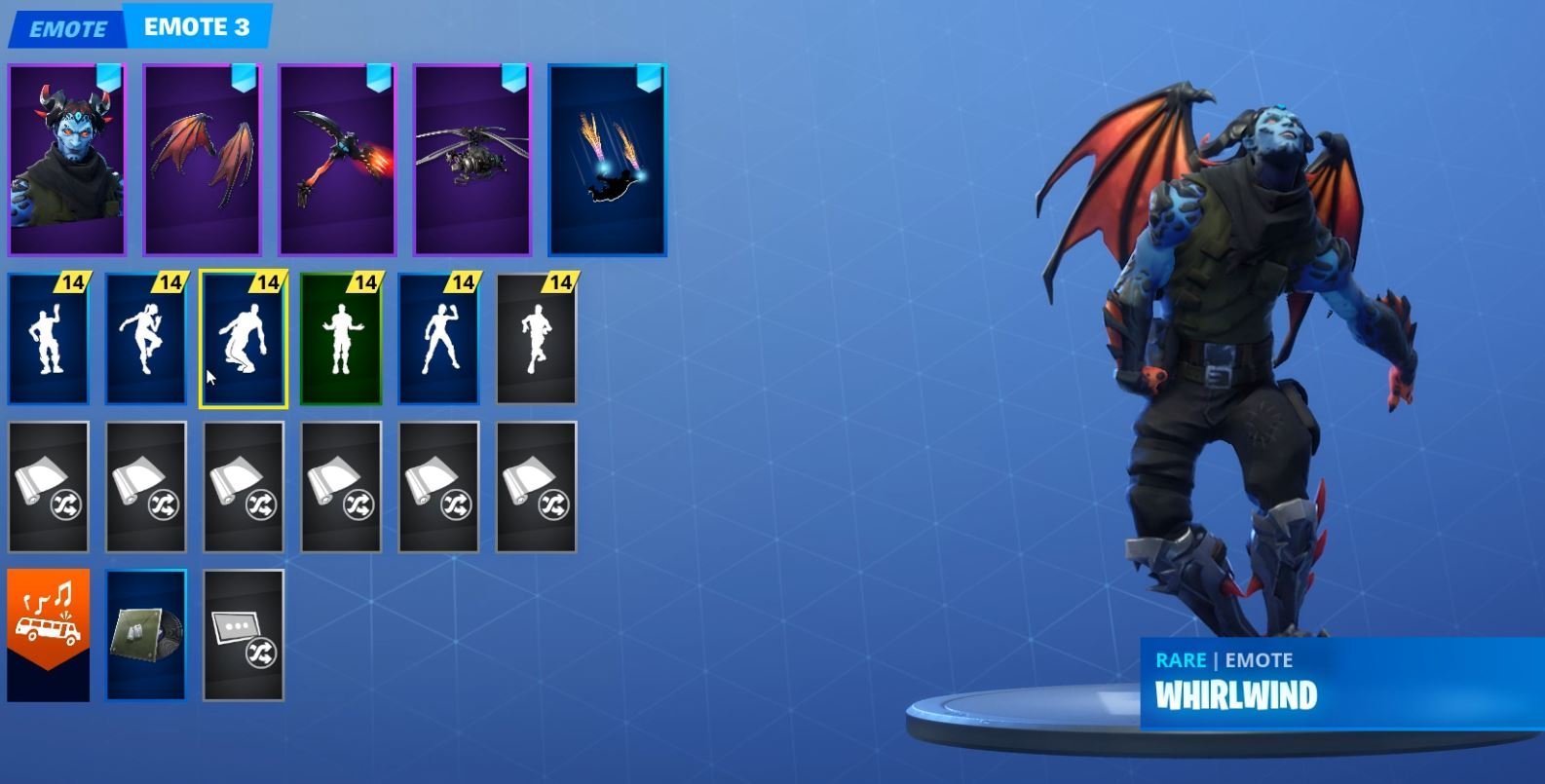 The v7.20 Fortnite update went live early today and data-miners leaked upcoming Fortnite skins and cosmetics coming to the game in the near future. New leaks show an early preview of the v7.20 leaked emotes.

A handful of new files were discovered in the v7.20 Fortnite update that went live early today, and data-miners have had a field day releasing new leaks. Four new emotes were leaked from the v7.20 files today and thanks to Hypex, we have an early preview of the emotes:

Flux – Stay in the Flow – Rare

Whirlwind – Around and around abound – Rare

Although there is no date for when these emotes will be available to purchase in the item shop, it’s likely they’ll be available within the next two weeks.

The v7.20 update files has not only included leaks for cosmetics but other leaks too including a new potential event and LTM, a medieval sword, Ice Storm challenges, and a new sneaky snowman. If you’d like to keep up to date with all the latest Fortnite news, be sure to subscribe to our website notifications or follow us on Twitter @Fortnite_BR.