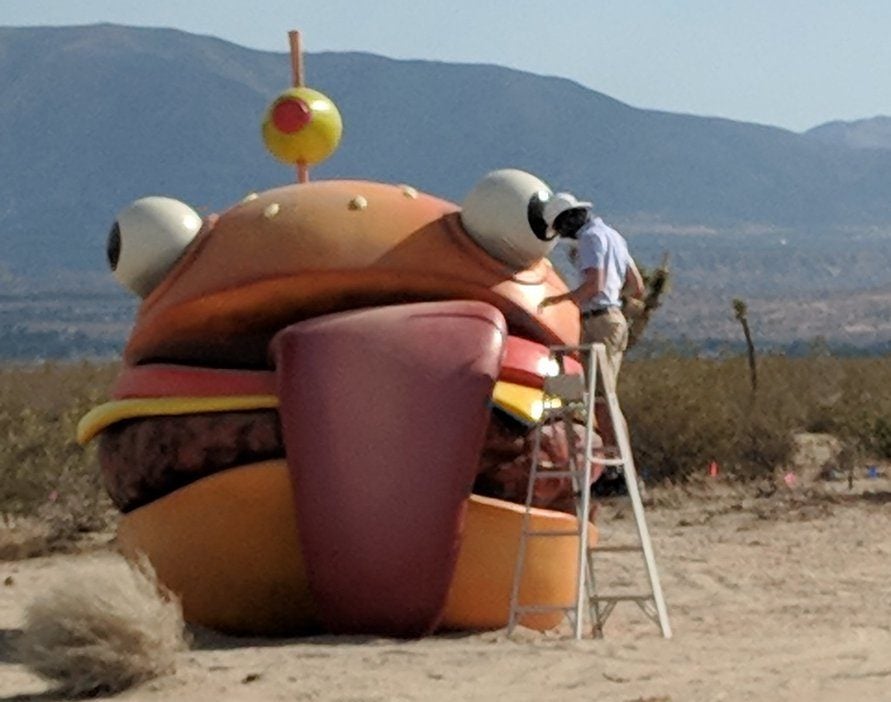 There has been many new rifts/portals that have been seen in Fortnite since the tear/crack in the sky was made. They seem to be targeting certain locations, with one of them being the Durrr Burger in Greasy Grove. It was only the Durrr Burger that was consumed, not the whole sign and it seems as though it made its way to the real world, as it was spotted in California. There have actually been many players that went to the site to see the Durrr Burger in person and to investigate. For those in the area, the site is located at 15160 E Ave S, Llano, CA 93544.

At first when the images emerged it was unclear as to whether or not Epic were behind this or if it was someone else that placed the Burger in the desert. As players have investigated, there is more evidence to suggest that in fact Epic themselves have this is up, as there is a lot to more the site than just the Burger.

@A2K_Kilo was one of the players that were curious and went to visit the Durrr Burger and it seems as though there was a man at the site, inspecting the Durrr Burger. There was also a police car and a beware sign close by: 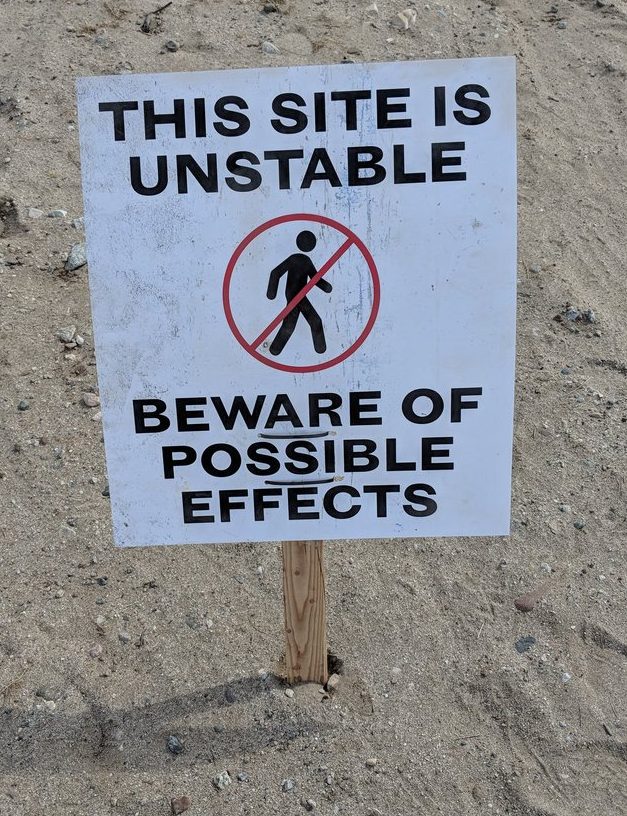 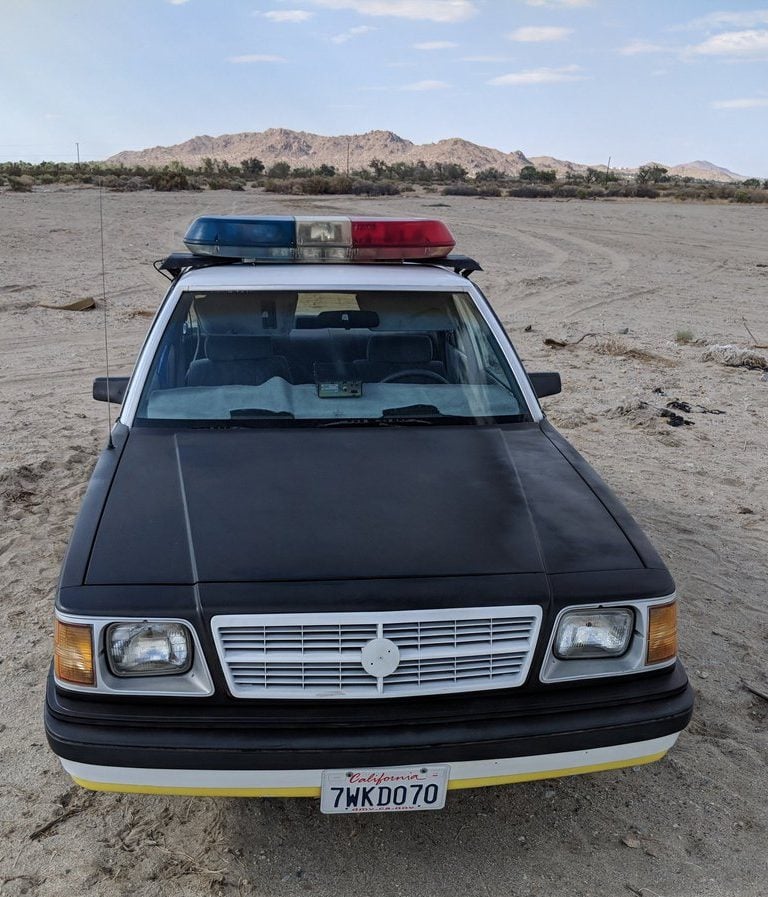 This site is unstable, beware of possible effects.

The man that was inspecting the Durrr Burger handed them a card which had “Agent #3678” on the front and a phone number on the back. When players call the phone number ((712) 380-4091) they will hear the following, posted by PC Gamer:

It seems like this audio is the same sounds we hear when the portal takes an object.

Looks like Epic have once again outdone themselves and have created a new experience for their fans. This is something we haven’t seen before with other Battle Royale games to date, which make Epic unique to any others by giving their players a unique experience and telling a story in-game and out. We cannot wait to see how the ending of Season 4 will take place and if we will continue to see small changes around the map in Season 5, as we have been seeing for this season.

There hasn’t been an official announcement by Epic as yet, but it seems like they have set this up themselves. We will keep you up to date with the latest, as it does seem like there is more to uncover.