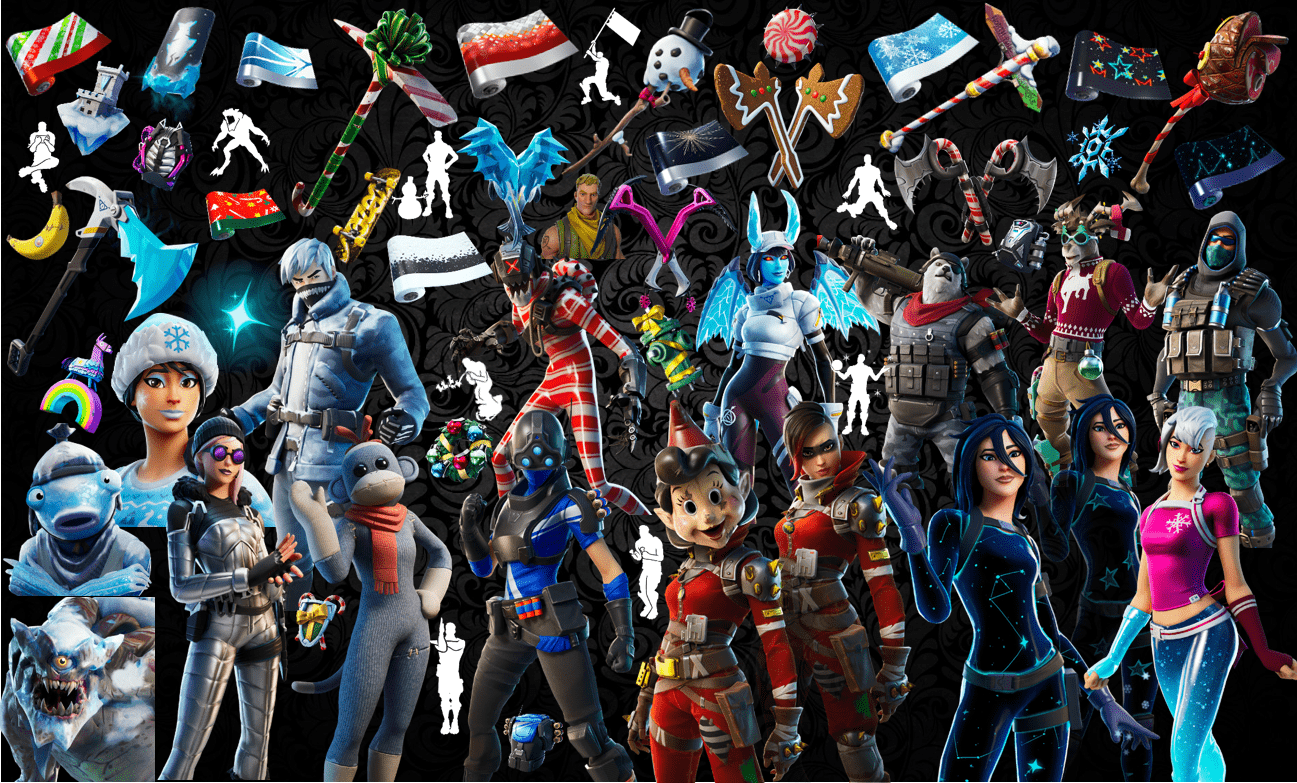 Here are the names and rarities of all the Fortnite Skins and other cosmetics that have been leaked in the v11.30 update.

In the v11.30 update, data-miners had leaked new files that were added, which included Skins, Back Blings, Pickaxes, Emotes/Dances and Wraps and now the names and rarities are known.

Astra (Epic) – A constellation of skill and talent

Frozen Fishstick (Frozen) – Show ’em how fresh frozen can be

Frozen Nog Ops (Frozen) – Bring some chill to the skirmish

The Devourer (Frozen) – No longer trapped in his icy prison

Cutiepie (Rare) – I hope you’ve been good this year…

Dolph (Rare) – He came to sleigh

Monks (Rare) – Send in the monkey

Bough Breaker (Rare) – Deck your back

Peel Pack (Rare) – A snack for the road

Snowy (Rare) – Use your head

Ride Along (Epic) – Time for a little sleigh ride

Around the Clock (Rare) – Keep time

Ring it on (Rare) – Shake those bells

Showshaker (Rare) – A Winter Wonderland in your hand

Which of these cosmetics will you be purchasing when they are available? Let us know in the comments section below.