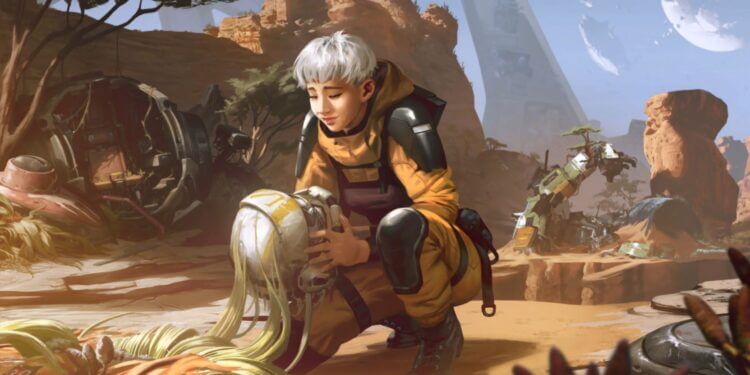 Respawn are known for their well thought out storylines/lore with the creative season trailers, Stories of the Outlands series on YouTube and the in-game comics. In fact there is so much lore for the characters in Apex Legends, they have released a book, Apex Legends: Pathfinder’s Quest and a new Apex Legends comic book series called Overtime, with so much more to come.

Valkyrie is the latest legend to be introduced to the games, but her father (Viper) was a very famous Predator who featured in Titan Fall. We know that Viper died, but it seems Valkyrie was not able to pay a proper tribute to her father until now.

Respawn have just tweeted a 2 minute video on Valkyrie and you can see the script for the video and the video itself below:

“Hey dad. I know you’re out there somewhere, kicking yourself for dying. But hey, at least you’re not in an open field talking to yourself, right? And now I’m getting a dirty look from mom, so, here goes.. your eulogy. I’m sorry, dad. Sorry you were floating out there as long as you were, but your boss forgot to tell us what happened. So we didn’t know.. we just didn’t know.. and sorry it’s just the two of us.

There’d be more people, and probably more tears if we were back on the farm.. and if it was nineteen years ago. You probably know why we moved out here. What I did. What I ALMOST did. You always said a job’s a job, ‘Never hold a grudge, Kairi. Life’s too short.’

I didn’t listen. I held that grudge. And I had such a tight grip on it, I forgot to do a few things along the way. Like figure out who I was, what I wanted. So I made a decision. I think you’ll approve. It’s time to devote my life to me. I’m gonna join the Games. See where it takes me. Maybe nowhere. Maybe everywhere. But I know what I want now. What I always wanted. To be like you, dad. No.. to be better than you. Not because it’s your dream.. but because it’s mine. I want to.. I want to fly. Look at that. Got some tears after all! Jerk! Sleep easy, dad. Mom and I miss you. But we’re doing okay. No… we’re better than okay. We’re five by five.”

What does the eulogy show about Valkyrie?

It looks like Valkyrie was able to let go of her grudge against Blisk and that having that grudge stopped her from chasing her dreams and honouring her fathers legacy. Valkyrie also apologizing for not finding her fathers remains earlier but that they didn’t know what had happened to him.

Valkyrie decided that joining the Games is what she wants to do and she’s focussed on herself now. Whether the Games will help her to discover herself or not, she’s willing to try. And she knows she wants to be better than her father.