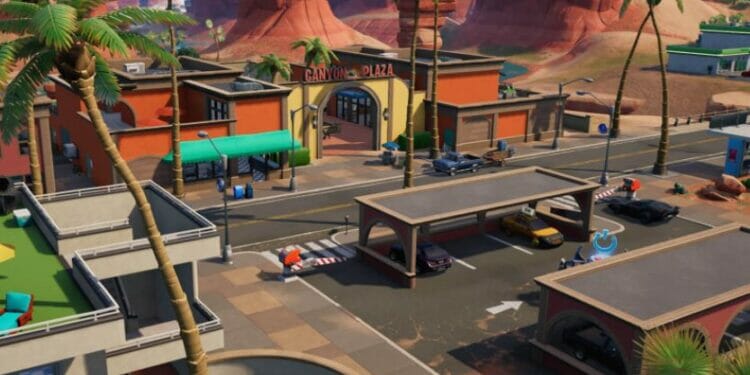 It’s been three weeks since the release of Fortnite chapter 3 season 2. It seems to have gone down well with the community, and it appears as though a large number of “OG” players have returned thanks to the Zero Build mode.

Since the launch, we’ve had one content hotfix update and one major patch update. Neither update has added anything significant to the game, and today’s (April 12th, 2022) hotfix update is no different.

We have another battle location with the IO, this time it’s at Condo Canyon. There are also three items that have returned from the vault including jetpacks. Here are the full patch notes for April 12, 2022, Fortnite update.

Players can now fund either the Armored Battle Bus or a set of Turrets that can be found at Condo Canyon, where the battle with the IO continues. Drop into this POI and help the Resistance starting today.

Jetpacks have now returned to Fortnite, which can be found on the IO Blimps. They’ll be placed on the walls, but we’ll have a more in-depth guide on how to get jetpacks in season two.

Easter Egg launchers have also been unvaulted, which fires eggs at your target. They can be found in chests and as floor loot. Finally, the Bouncy Eggs consumable has been added back to the game.

You’ll get a little bit of shield and will temporarily lower gravity’s effect on you. Here are the competitive notes: