by Khadija Saifi
in Concepts
11

Reddit user RhythmRunneR submitted this concept of a new point of interest to be added to the map called Chaos Carnival.

The user has gone into a lot of detail about what could be included in this POI including rides and even food stands for buildings. 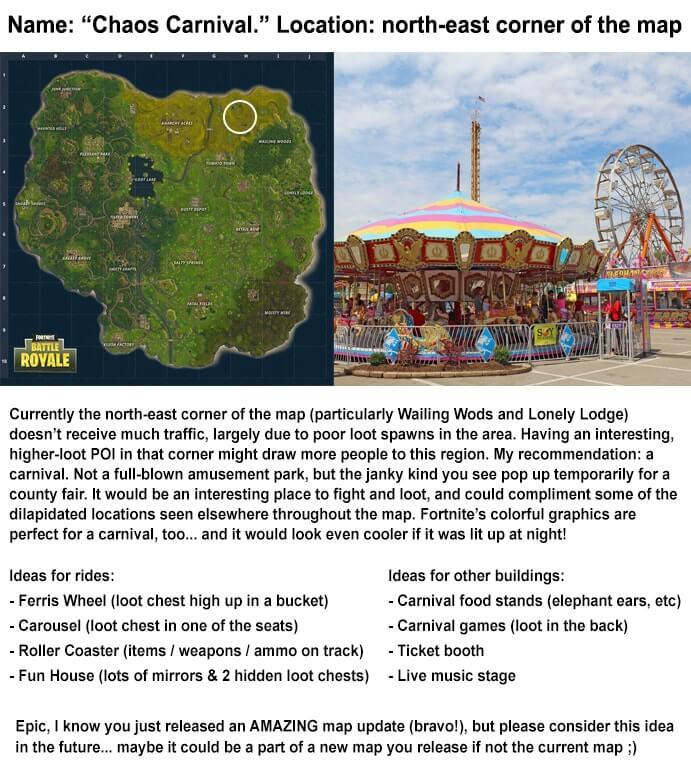 Since this concept was first recommended by RhythmRunneR, Epic have introduced other points of interest on the left side of the map. Tilted Towers was one of the main POI’s added and many players are currently landing there, due to the loot and action at the start of game.

The concept of adding the Chaos Carnival is still plausible and could still work. The Carnival has the potential to be a good landing position for players and could distribute players more around the map.

The location that RhythmRunneR suggested would be the best location to put a new POI. The Chaos Carnival would be near the edge of the map so this could encourage players to land here first as they would need to loot quick if the circle was further in the map.

Let us know what you think of Chaos Carnival in the comments section below.