Is this the new weapon in action? 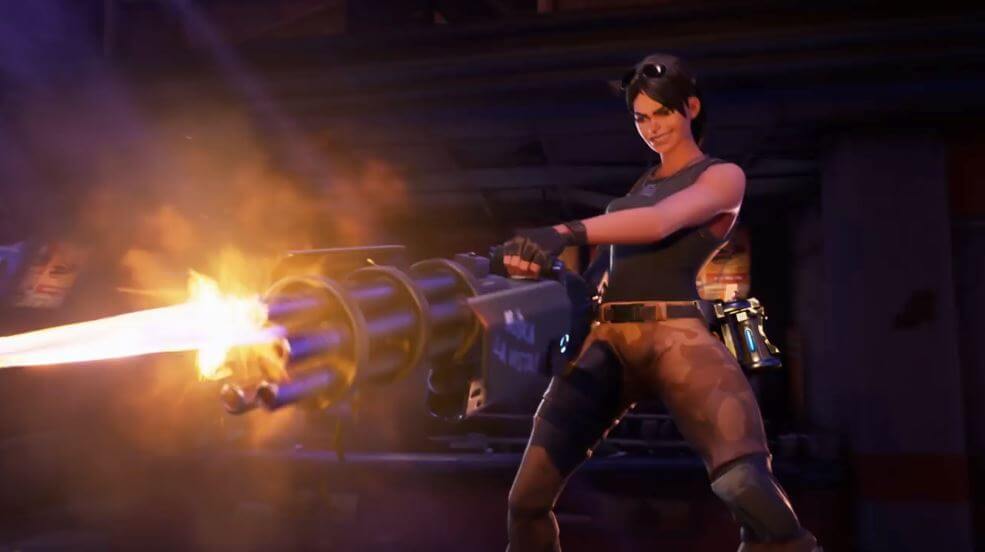 On 25th January Epic announced that there would be a new Fortnite weapon in the next update and we think we’ve already seen this weapon in action.

Take a look at the clip below, taken from the original trailer of Fortnite:

If you look closely at the clip, you can made out the words “Husk a La Vista!” on the gun, which are the same words in the image of the gun on the news update on Fortnite.

The gun seems to be quite powerful in the trailer, but maybe Epic will nerf it slightly for Battle Royale? Having said that, the update does say “Big damage and an even bigger magazine!”

Do you think this is the new weapon? Let us know what you think in the comment section below.